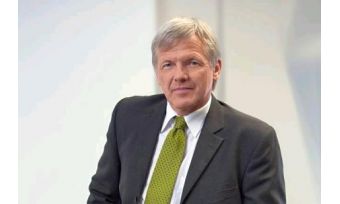 Diamond Aircraft CEO Christian Dries announced that Dr. Gerd Berchtold has joined the Diamond Group as part of an internal company reorganisation to better position the company for the future. Dr. Berchtold will assume the position of CEO of Diamond Aircraft GmbH, Austria, responsible for design, production and customer support. He will report directly to the shareholder, Mr. Christian Dries.

Marketing, distribution and aircraft finance will continue to report directly to Mr. Dries.
"The Diamond Group has grown and diversified significantly in the last several years. Dr. Berchtold brings not only a wealth of aviation experience and expertise to our organisation, but also a passion for general aviation. With his 100% focus on operations and customer support, our customers will be better served, now and in future," said Christian Dries. "This organisational change will allow me to delegate detail operations management and focus more on strategy and specific programs."

Diamond's growth over the last several years has seen the development and certification of three new variants of the DA40 and DA42, the establishment of Austro Engines, growth of the specialised aerial sensor platform and operations business, adaptation of the DA42 as a UAV, development of new aircraft models and contracted composite design and manufacture of primary structural components for transport category aircraft. "We are also continuing to focus a large part of our efforts on emerging and high growth markets, including Russia and China," added Mr. Dries, "With the traditional retail markets having shrunk over the last several years, we want to continue to shift more of our attention to aircraft that have commercial applications, such as the flight training and aerial sensor markets."

Dr. Berchtold joins Diamond from Premium AEROTEC, an EADS subsidiary. For the last seven years he was responsible for the production of commercial aircraft sections in Augsburg and he also played a major role in establishing the composite technology at this plant. Prior to this he gained experience in all different aircraft development disciplines at EADS Military Aircraft, where ultimately he headed the structural and equipment development department for commercial and military aircraft. He is an active pilot and holds licenses to fly all Diamond products.