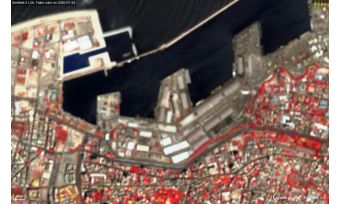 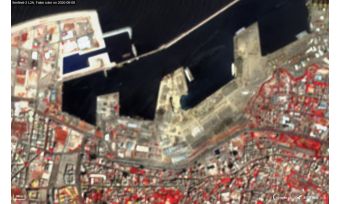 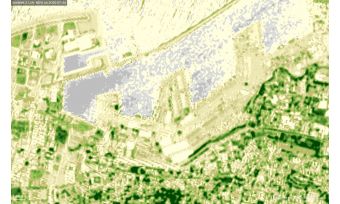 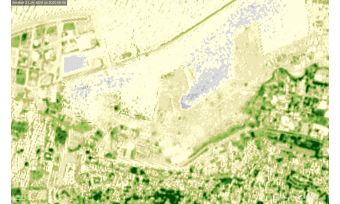 On 4 August 2020, there was a huge explosion in the port of Beirut. The scale of the accident was so large that the damage could be seen from the satellite orbit around Earth. The European Sentinel satellites, operating under the Copernicus programme, took pictures illustrating the enormity of the damage.

Just after the explosion in the port warehouse, pictures began to circulate showing the moment of the explosion. The scale of damage in zone 0 was so big that it could even be seen from several hundred kilometres above sea level, for example on images taken by the European Sentinel-2 satellite. Such images are valuable for support rescue teams, who need very accurate and reliable information about the site.

Not only the rescuers, but also the local authorities need data to determine which parts of the city are still safe for residents and which must definitely be closed. A lot of this information is provided by satellite imagery, which not only shows the size of the tragedy, but also provides specific data on the damage, such as possible changes in the coastline or landslides that could threaten the health and property of residents.

The Effects of the Explosion on Sentinel-2 Images

The satellite images before and after the explosion do not just show the scale of the infrastructural damage. Sylwia Nasiłowska, project manager at CloudFerro, which is the operator of the CREODIAS platform that provides easy access to satellite data and its processing within the Copernicus programme, explains: "By comparing images taken before and after the explosion, we can analyse the situation on site. In the first step, we compared two photos taken by the Sentinel-2 satellite. The first one is from 24 July, 11 days before the explosion. There are images available from 3 August and 29 July, but there is a slight cloudiness on them, which makes them unreliable for a comparative analysis. The next photo was taken four days after the accident, on 8 August. The combination of both images allows us to assess not just the extent of the damage: using false colour images, we can observe the presence of green plants that survived the explosion, marked in pink. This allows us to estimate the maximum scale of the explosion impact."

Pink is the New Green

Thanks to the Sentinel-2 false colour products available on the CREODIAS platform, it is possible to easily and quickly identify anything that has green leaves in normal light. Precise information can therefore be obtained about the flora. This is useful when analysing urban areas, especially in dry climates where there is little vegetation and the flora is a matter of particular care. The false colour products show pink shades of lawns, bushes, hedges and trees.

"Similar changes can also be observed with the Normalized Difference Vegetation Index (NDVI). This index allows us to estimate the development and condition of vegetation", says the expert from CloudFerro. "The values above 0.4, marked in the photo with a medium and dark green colour, illustrate the elements of living green. In the post-explosion situation, we see changes in the vegetation, caused by the large damage. More precise analyses show that the area affected by the explosion was even larger and that the effect was strongest in the area where the vegetation damage was the greatest."

The false colour and NDVI images correlate with each other when it comes to evaluating the condition of the vegetation. They allow the estimation of the amount and condition of the vegetation. The assessment of the explosion range using satellite products such as false colour and NDVI is an indirect method of damage assessment. Of course, more information is provided by VHR (very high resolution, up to 0.5 metres) photos, which allow the precise mapping of the Earth's surface.

These photos come from CREODIAS.eu – an open platform built by CloudFerro that provides cloud computing services and is the operator of this platform. CREODIAS is one of five European DIAS (Data and Information Access Services), operating under the European Earth Observation Copernicus programme. The platform enables the search, generation, analysis and processing of data from European satellites. These include real colour images (true colour) and use a range of indicators to assess the situation with regard to greenery, humidity or atmospheric composition. The CREODIAS platform also offers VHR images in the commercial model, allowing very detailed terrain mapping.