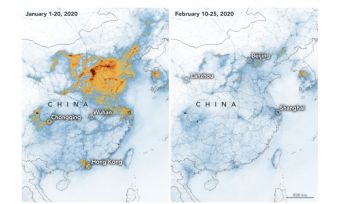 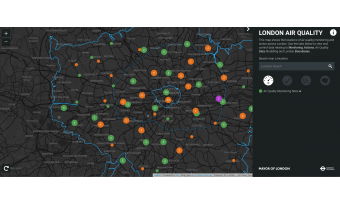 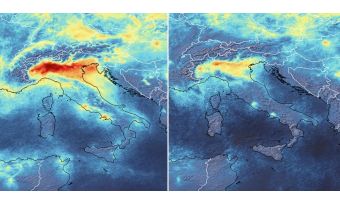 Although coronavirus first and foremost has a huge impact on our daily lives and poses a serious threat to many of us, the outbreak of the disease also has some remarkable side effects. Now that traffic and transport have significantly decreased in many countries across the world, anti-coronavirus measures such as quarantines and lockdowns have led to a major decline in air pollution.

Great Britain may be one of the last Western countries to introduce strong policies to curb the coronavirus, but air pollution in London has dropped by almost a third over the past couple of days as many people and their companies have decided to work from home.

Earlier on, in February this year, the coronavirus outbreak in the Chinese province of Hubei was at its peak. NASA measured the air concentration of nitrogen dioxide (NO2), a gas that is released to the air by burning fuel, primarily from cars, trucks, buses and power plants. Comparing a three-week period in January and the period of 10 to 25 February, researchers saw a substantial reduction in pollution over Wuhan and the rest of China, due to the ‘economic slowdown’ caused by the virus outbreak.

The epicentre of the coronavirus in Europe is northern Italy, with dramatic scenes due to a lack of intensive care beds. The virus here is so widespread that it is pushing hospitals to the brink. Cities have turned into ghost towns, and daily life has completely ground to a halt. Similarly to the previous examples of Great Britain and China, the air quality in northern Italy has strongly improved since there are fewer cars on the streets, fewer businesses with lights and other machinery on, and fewer fossil fuels overall being burned in northern Italy than usual.

The ESA reported that the Copernicus Sentinel-5P satellite detected the declining NO2emissions in northern Italy's atmosphere. Italy entered a nationwide quarantine on Monday 9 March – one day after the Lombardy region in northern Italy (where Milan is located) was placed on lockdown. As can be seen in the air pollution data, the most significant NO2decline was observed in northern Italy.

The necessity of a low-emission world

The temporary decrease in air pollution may save thousands of people from premature death. This poses an interesting question: with the often-underestimated consequences of serious air pollution in mind, is it conceivable that the corona crisis will also save many lives? This is a side effect of a terrible disaster that forces us to think of the way we have structured our daily lives, and should lead to a great push to accelerate the pace of the transition to an emission-free world. Nevertheless, the first priority is to collaborate at the global level to limit the causes of the coronavirus pandemic outbreak.