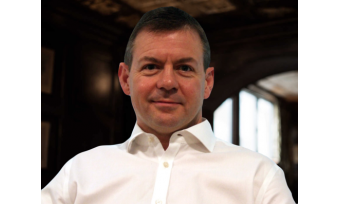 A global trend towards open data, i.e. data that anyone can access, use and share without restriction, is steadily replacing a previous tendency by governments to charge for Earth observations, especially satellite imagery. The Group on Earth Observations (GEO) was established more than 10 years ago to provide access to and sharing of open Earth observation data, many years before the Open Data for a Big Data World movement gained momentum.

Today GEO has more than 100 government Members representing their national governments and in excess of 100 Participating Organisations contributing data, knowledge and expertise to the Global Earth Observation System of Systems (GEOSS). The purpose of GEOSS is to put information on the planet’s changing environment into the hands of decision makers where it is most useful. The GEOSS Portal makes measurements from the world’s satellites and atmospheric, land and ocean stations freely available, by connecting and integrating systems using open standards. There are now more than 200 million data resources in GEOSS that span all GEO’s thematic areas, such as food security and sustainable agriculture as well as biodiversity and ecosystem sustainability.

A key strand of the GEO long-term development for the next 10 years is to engage with stakeholders and continue to build global awareness around GEO’s convening power and the availability of open Earth observation data. To this end, Steven Ramage was recently appointed to head stakeholder engagement and external relations.

Steven Ramage has worked across a number of the GEO societal benefit areas, including disaster resilience, sustainable urban development and water resource management. As an intergovernmental body GEO is uniquely placed to help with analysis, innovation and Earth observation data exploitation for decision making and Ramage will lead a number of activities to raise the profile and engagement activities involving open Earth observations data.

GEO secretariat director Barbara Ryan said she is pleased that Steven Ramage has joined the team, he brings significant experience working across the community, having worked extensively across both the private and public sectors. His visibility and network in the international arena will help GEO to achieve a number of its goals, he has already chaired the first ever commercial sector panel at their annual Plenary event and it was a great success, Ryan stated.

Government investments in satellite and in situ Earth observations make up around 65% of total cost. Companies not only contribute in terms of hardware; they also stimulate provision of services. The EO commercial data market was estimated at USD1.6 billion in 2014 and is set to rise, almost in line with the incremental curve of increase of data availability.

A number of countries including Canada, Ghana, Japan, Jamaica, Kenya, Singapore, the United Kingdom and the United States have invested in open data portals over recent years. Many of these data sets are available on the GEOSS Portal, for example, more than 20,000 data records from http://data.gov.uk are now live and discoverable. Government engagement in GEO goes beyond data sharing and, alongside Defra and the UK Space Agency, the National Centre for Earth Observation (NCEO) is working to increase visibility of GEO to the UK Earth Observation community so that access to Earth observations can lead to the development of applications and tools for better decision making.  The UK represents one of 103 Member governments in GEO, including the European Commission.

Steven has spent his career in areas relating to geospatial data integration, notably around data quality control and open geospatial standards. Recent experience involves advising governments on location strategy and policy, undertaking work for the World Bank and the United Nations around global geospatial information management. Steven has spent many years in the commercial and not-for-profit sectors working to translate the technology gap between policy, implementation and the rate of change of geospatial technology. His experience began in offshore satellite positioning and marine survey services in the 1990s and he has worked internationally since that time. He is a Visiting Professor at the Institute for Future Cities at the University of Strathclyde and a SASNet Fellow at the Urban Big Data Centre at the University of Glasgow, Scotland. Steven is a Fellow of the Royal Geographical Society, Member of the Global Advisory Council for the Open Geospatial Consortium, Mentor for DisruptSpace and Technical Editor for GIS Professional Magazine.

The Group on Earth Observations (GEO)

The intergovernmental Group on Earth Observations (GEO) is comprised of 103 Member governments, and 106 Participating Organizations. Established in 2005, GEO strives to improve the world’s observation systems and provide policymakers and scientists with accurate and useful data that can be used to make informed decisions on issues affecting the planet.  GEO’s primary focus is to develop a Global Earth Observation System of Systems (GEOSS) to enhance the ability of end-users to discover and access Earth observation data and convert it to useable and useful information. GEO is headquartered in Geneva, Switzerland. For more information, visit www.earthobservations.org