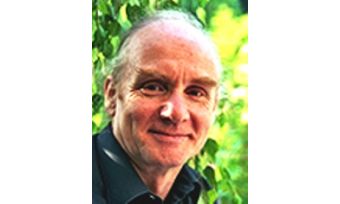 The International Society for Photogrammetry and Remote Sensing (ISPRS) has annouced that Prof Wolfgang Förstner of Bonn University, Germany, will be presented with the 2016 Brock Gold Medal Award for his outstanding scientific achievements in the fields of photogrammetry and computer vision.

Professor Förstner is an internationally leading expert in photogrammetry, computer vision, pattern recognition and machine learning. Throughout his exemplary career of nearly 40 years as a researcher, inventor, innovator and educator, he has made exceptionally significant scientific contributions in many areas of ‘information from imagery’ and mentored generations of mapping scientists and engineers. Examples of his work include blunder detection for aerial triangulation, image matching, object recognition and statistical projective geometry. The well-known Förstner Operator, for the detection of key points in images, was developed by him in the 1980's. After studying Geodesy and Surveying, Förstner first worked at the University of Stuttgart before moving to the University of Bonn as Professor for Photogrammetry from 1990 until his retirement in 2012. Although now formally retired, he continues his scientific activities.

The Brock Gold Medal is sponsored by the American Society for Photogrammetry and Remote Sensing (ASPRS) and is awarded to an individual in respect of an outstanding landmark in the evolution of the photogrammetry, remote sensing and spatial information sciences. Funds for the provision of the medals were given in memory of brothers, Arthur and Norman Brock, early American photogrammetrists who, with Edward Cahill, developed aerial cameras and plotting instruments. Instituted in 1952 by the then International Society of Photogrammetry (ISP) and first presented in 1956, the Brock Gold Medal Award is the most prestigious ISPRS award, it is presented only once every four years during the quadrennial ISPRS Congress.

Förstner will receive the award on 12 July 2016, during the opening session of the XXIII ISPRS Congress to be held in Prague, Czech Republic. The quadrennial Congress brings together the global community of scientists and technologists in the photogrammetry, remote sensing and spatial information sciences and is expected to be visited by some 3,000 to 4,000 participants over its week long duration.