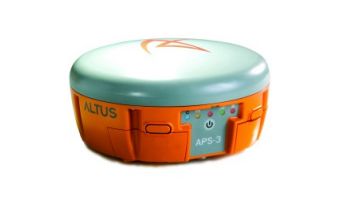 Altus Positioning Systems, USA, has been selected by the National Courts Administration of Norway, Land Consolidation Court Division, to provide APS-3G series GNSS survey receivers to modernise its existing fleet of about 80 receivers. NavSys AS, Altus’s sales representative in Norway, won the tender.

The Land Consolidation Court’s rigorous tests for the selection process were completed in demanding environments, including under heavy tree canopies, according to Arnt Tore Sund, managing director of NavSys. Sund thinks that the price-performance relation and the quality of the Altus APS-3G receivers, together with the comprehensive customer support, detailed product knowledge and deep technical understanding of the NavSys team, strongly contributed to the successful outcome.

The Land Consolidation Court’s 34 district offices will use the Altus APS-3G systems for geodetic, cadastre and land consolidation applications and for supporting the resolution of legal disputes.

The Altus 136-channel APS-3G is a compact, lightweight, portable GNSS RTK receiver. It is based on the high-precision Septentrio multi-frequency, multi-constellation AsteRx3 engine. The unit is completely configurable from the data collector via Bluetooth for either base or rover operation with the internal UHF radio or for network rover operation with the internal quad-band GSM/GPRS modem. Its removable 2-GB SD card enables plug-and-play of raw data transfer for post processing.

The APS-3GX model, which also is being delivered, optionally provides a port to a remote lightweight antenna that can be mounted on a five-metre pole to improve reception of the GNSS signals by raising the phase centre when under dense vegetation.