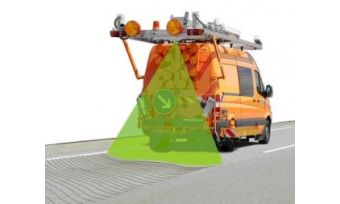 The Fraunhofer Institute for Physical Measurement Techniques IPM has developed a laser scanner for measuring road surfaces with high precision. A single high-resolution laser scanner scans the topography of the road surface across a span of four metres. Even at speeds of up to 100 km/h, measurements are accurate to between 0.15 and 0.3 millimetres. In cooperation with a road surveying specialist, Fraunhofer IPM has already scanned a total of 15,000 kilometres of highway and other major roads across Germany.

Germany’s roads are worth EUR470 billion. Roads in fact account for over 60 percent of the capital assets of many municipalities. But there is a risk that this value is deteriorating, as many roads now look back on 30 years of service and more. Weather and wear have taken a heavy toll on the asphalt and concrete surfaces. In spite of efforts to shift some of the transport burden to rail and water routes, 65 percent of freight traffic and 82 percent of passenger traffic is still by road. As reports of ever greater damage become more frequent, the budget for maintaining the road network steadily grows, and is now set to reach a historic high of EUR3.5 billion in 2016.

But how can the current condition and value of a road be surveyed? One of the main factors is the quality of the surface, or more precisely, its evenness, explains Dr. Alexander Reiterer, head of the Laser Scanning research group at the Fraunhofer Institute for Physical Measurement Techniques IPM in Freiburg. He and his team have developed the first laser scanner to be approved by the Federal Highway Research Institute for measuring the evenness of roads. The technology, which has already proved its worth in railroad measurement applications, is faster, more precise, and cheaper than the previous method. A single high-resolution laser scanner is all that is needed to scan and measure the road surface across a span of four meters with a laser beam.

The scanner, which is no bigger than a shoebox, is fixed to the measurement vehicle at a height of three meters. Rotating inside the scanner is an octagonal mirror construction, which steers the laser beam across the road perpendicular to the direction the vehicle is travelling in. An acquisition angle of 70 degrees is enough to scan the entire width of any road up to four meters wide – even from a standard vehicle. The signal is reflected from the asphalt back to the scanner, where it hits a special detector chip. The distance between the scanner and the surface of the road can be inferred from how long it takes the laser light to travel back, and measurements are accurate to between 0.15 and 0.3 millimetres. Unlike conventional measurement equipment, there is no need for broad attachments to be fitted to the vehicle. It must merely be ensured that the orientation and position of the measurement vehicle is known, which is accomplished using the Global Navigation Satellite System (GNSS) and an inertial measurement system. Measurements are unaffected by external light conditions and can be executed at speeds of up to 100 km/h.

The IPM’s Pavement Profile Scanner (PPS) has already passed initial field tests. In cooperation with road surveyors from the firm Lehmann + Partner, the IPM has scanned a total of 15,000 kilometres of highway and other major roads across Germany since last summer. In spring the measurement professionals will be combing over the runways at Hamburg Airport.

The Federal Highway Research Institute laid down strict criteria before licensing the scanner on public roads: it not only had to be accurate to 0.3 millimetres, it also had to be safe for the eyes. This means that even if someone ended up looking into the laser for longer than necessary, it would not put their eyes at risk. The development partners’ technology easily cleared both hurdles, reports Dr. Dirk Ebersbach, CEO of Lehmann + Partner. The Erfurt-based engineering office collects data for the road information banks of federal states and municipalities and assesses the transport infrastructure in Germany. The average service life of a road is around 30 years, and the asphalt surfacing rarely lasts more than twelve. Unevenness and damage such as ruts must be identified at an early stage in order to prevent damage to the layers beneath by means of timely repair work, adds Ebersbach.

Meanwhile, researchers are further refining the laser scanner at the IPM laboratories in Freiburg. Above all, they want to fine-tune the measuring accuracy: the prototype of the new scanner version measures at a frequency of 2 MHz, which corresponds to two million measurements per second. The current model gets by with 1 MHz. In the future, Lehmann + Partner wants to go beyond surveying the evenness of a road and also detect tiny cracks in a targeted manner, which is a better way of preventing damage. Until now, this work has been carried out using cameras, says Reiterer. In any case, there is no fear of this research object running out: the German road network alone comprises approximately 626,000 kilometres. This is just under the distance from Earth to the moon and back again. 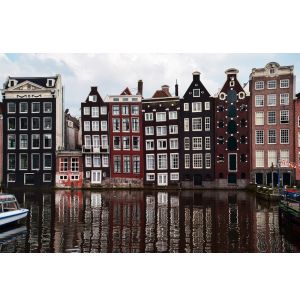 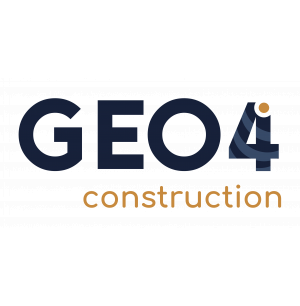