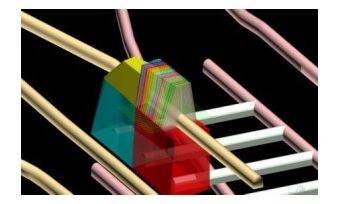 Maptek has announced the global release of geological modelling and mine planning software Vulcan 9. According to the Australia-based company, users around the world will be able to take advantage of the performance upgrades, including the removal of the dynamic memory setting.

The amount of data loaded and manipulated will only be restricted by the hardware. Graphics and display processes now take advantage of embedded processors (GPUs) to increase the rendering and manipulation speed of large datasets.

The new object attributes feature puts users in control of their data. They can assign unlimited information to a design object, with attributes stored in one place and available on-demand.

Users can define attributes based on the kinds of information they deem relevant - information on zones, levels, grades, drifts, direction - while formulas allow for reserving, naming and complex calculations to be part of the object definition. Downstream processes such as reserving will be streamlined as values are automatically updated based on changes in the object or the data.

In the open pit environment engineers will benefit from improved capabilities in haulage profile tools as well as stratigraphic pit design functionality.

The Vulcan brand stands for robust software which pushes the boundaries of technology, commented Gonzalez. For more than 30 years, Maptek has mandated that the software architecture evolves using the latest algorithms, with an eye to fulfilling the changing requirements of its customers. Programmers from even 5 years ago would barely recognise the Vulcan of today, Gonzalez continued.

The tradition continues with developing automated mine design tools and the Vulcan workbench to boost performance further. Optimising mining workflow while allowing users control over their results is the key to maximising the value in mining data, concluded Gonzalez. 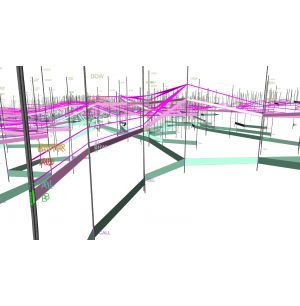