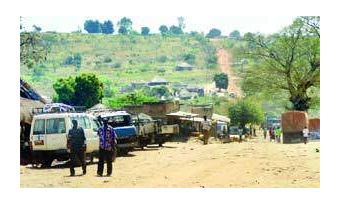 Oxfam has launched a report highlighting the growing pace of land deals brokered around the world, often to the peril of poor communities who lose their homes and livelihoods, sometimes violently, with no prior consultation, compensation or means of appeal. In the report Land and Power, the international agency reveals preliminary research indicating as many as 227 million hectares of land have been sold, leased or licensed in large-scale deals since 2001, mostly by international investors.

Lack of transparency and the secrecy that surrounds land deals makes it difficult to get exact figures but to date up to 1,100 of these deals amounting to 67 million hectares have been cross-checked. Half of these deals are in Africa, and cover an area nearly the size of Germany.

Oxfam warns this modern-day land rush follows a drive to produce enough food for people overseas, meet damaging biofuels targets or speculate on land to make an easy profit. However, many of the deals are in fact ‘land grabs' where the rights and needs of the people living on the land are ignored, leaving them homeless and without land to grow enough food to eat and make a living.

In Uganda, Oxfam's research indicates that at least 22,500 people have lost their homes and land to make way for a British timber company, the New Forests Company. Many evictees told Oxfam how they were forcibly removed and have been left destitute, without enough food or money to send their children to school. There were court orders in force which named the company but eye-witnesses say that company workers took part in some of the evictions anyway. NFC denies that it was involved in any evictions.

According to Oxfam International's executive director Jeremy Hobbs, the New Forests Company describes itself as an ethical company, adhering to international standards. "It needs to investigate these claims urgently. It's not acceptable for companies to blame governments. They must respect the needs and rights of poor communities affected by their investment."

Oxfam is calling for investors, governments and international organisations to prioritize putting a stop to land grabbing by fixing the current policies and regulations which all too often fail to ensure that, when investors negotiate deals, local people are consulted, treated fairly, and that all relevant international standards are respected. These include the World Bank's International Finance Corporation Performance Standards and the Forest Stewardship Council's standards.

Governments should avoid pandering to investors' wishes, and prioritise existing land use rights, not just where legal land title or formal ownership rights are held. Governments should recognise that women have equal rights over land and ensure that all agricultural investments benefit local communities who rely on the land to survive. While governments and companies get their house in order to stop future land grabbing, there is an urgent need to remedy the damage done by existing land grabs, including in the case of the Uganda international investment.

Perverse incentives such as the flawed biofuels targets, like the EU's target of obtaining 10% of transport fuels from renewable sources by 2020, should be scrapped to curb the rush on land to meet biofuel demand.

Meanwhile, the UN's Committee on Food Security in Rome could take an important first step when it meets in Rome next month, by adopting credible pro-poor, pro-women guidelines on land tenure.

Hobbs said: "Land investment should be good news for people in poverty but the frenetic scramble for land risks putting development in reverse. We need urgent global action so that local people with relatively little do not lose everything for the benefit of a few, and to secure a future where everyone has enough to eat."