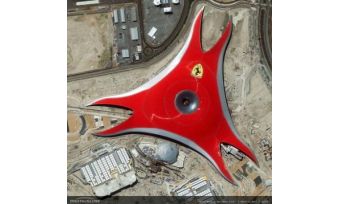 These three satellites, together with DigitalGlobe's aerial network, enable the company to offer the highest collection capacity of high-resolution earth imagery to customers around the world, adding roughly 1.5 million square kilometers of imagery every day or three times the Earth's landmass annually. The result is DigitalGlobe's highly complete ImageLibrary, containing imagery used to inform critical decisions across a range of industries.