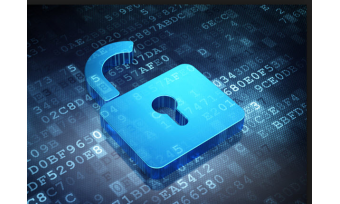 The Intergeo 2017 conference will be hosting what promises to be an exceptionally transparent panel discussion between open data officers. They will be leaving no stone unturned: can open data meet the high expectations vested in it as a driver of innovation and engine of industry? Or does reality seem to fall short? If so, what are the sticking points? And what security risks does transparency pose in an era of cyber attacks and international terrorism? The Intergeo conference offers an exciting insight into the current open data policy of Germany’s federal government, its regional administrations and the European Union.

Let’s say that an energy supplier is planning a new high-voltage power line right through Germany. The company has the financial means to purchase national data sets on Germany’s topography and land ownership along with a full set of aerial images so as to enable meticulous planning. At the same time, a whole range of grassroots campaign groups in the affected communities want to substantiate their objections to the planned power line on their doorsteps. Under these circumstances, it would only be right and proper for these groups also to have access to the key information that is being used in the planning process – but they cannot afford it. This hypothetical example of transparent popular democratic processes clearly demonstrates the need for widespread access to the data collated by public authorities and thus delivers a clear vote in favour of open data. “Open data provides a tool for boosting democracy and creates equal opportunities based on clear information,” says Robert Seuss, Professor for Geoinformation at Frankfurt University of Applied Sciences, who will be leading this panel discussion at the Intergeo conference.

Transparency at all costs?

But how far should the federal government and regional administrations go in providing open (geo)-data? And at what point should security risks override transparency? The federal government and regional administrations have been discussing this issue quite pointedly and have reached differing conclusions, as is so often the case in federalist structures. While the city-states Berlin and Hamburg, followed by larger states North Rhine-Westphalia and Thuringia, have voted clearly in favour of open data, others can’t seem to make up their minds. The German government set out its markers years ago by launching the extensive “Webatlas” open data portal and obliged the regional administrations to release at least a certain minimum level of geodata. The INSPIRE Directive also demands open data access right down to the most local authoritory unit, which commits regional and local administrations to releasing a set minimum of their own open data.

INSPIRE started putting the political will for greater transparency into practice ten years ago. At European level, the aim is to optimize processes and monitoring mechanisms using automated methods and pan-European standards. The idea is for this open data landscape to ultimately enable the powers-that-be to quickly come up with clear answers. The open data debate always assumes that this tool will also help industry take off in new directions. On the other hand, critics point to lost revenue, the investment required in the IT infrastructure and vulnerability to cyber attacks as arguments against too much freedom of information.

However, Seuss believes there is no such thing as “too much” in the open data debate. “The safety aspect can be managed via recognition, so there’s no need to withhold information,” he says. The panellists at the Intergeo conference will be debating this and many more burning issues besides.