URISA has announced the results of its 2014 Board of Directors’ Election. Rebecca Somers will become president-elect of the association and Valrie Grant, Kevin Mickey and Martin Roche will begin their terms as members of the Board of Directors, at the close of GIS-Pro 2014: URISA's 52nd Annual Conference in New Orleans, Louisiana, USA, being held from 8 to 11 September.

Rebecca Somers, GISP, Somers-St. Claire GIS Management Consultants, resides in Fairfax, Virginia. In her statement to the membership, she noted that URISA has done some outstanding planning in the past couple of years and has many exciting new initiatives planned and underway. These new developments have the potential to transform URISA to a new level of GIS professional leadership. Somers has  worked on the teams developing the GMI, GIS best practices, and expanded educational programmes, which she described as an intellectually stimulating and rewarding experience.

As president, Somers would work to ensure the successful progression of all of URISA’s new plans.  The years 2014-17 should see many new developments including the launch of GMI’s organisational assessment and accreditation service, publication and dissemination of GIS best practices information, new professional publications and resources, new workshop and webinar topics, and new educational programs. URISA has always been a central part of Somers’ professional life and she  looks forward to the opportunity to combine her business expertise and extensive URISA experience to help guide URISA to continuing success.

Three new directors were elected by the URISA membership to serve a three-year term on the URISA Board, also beginning in September. The three new Board members are:

At the close of GIS-Pro 2014 in New Orleans, the terms of service for these Board members will conclude: 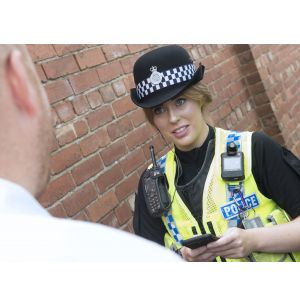