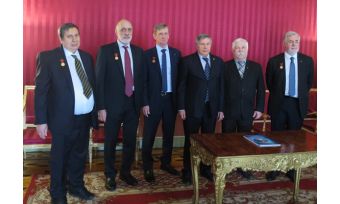 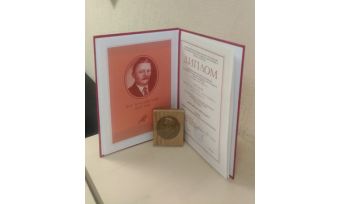 On 5 March 2018, the central board of the Russian Society of Geodesy, Cartography and Land Management chose Racurs as the recipient of the Feodosy Nikolaevich Krasovsky Award. The accolade, which recognises the best scientific and technical developments in geodesy and cartography, was awarded to the company’s founders – Victor Adrov, Alexander Chekurin, Andrey Sechin and Alexander Smirnov – for the creation of the PHOTOMOD digital photogrammetric system.

Victor Adrov, managing director of Racurs, expressed his thanks to the Russian Society of Geodesy, Cartography and Land Management for reviving the award and for its appreciation of the company’s work. It is particularly significant for Racurs to win the award in the year of its 25th anniversary. Although the accolade has been given to the founders of Racurs, it is actually an award for the entire company in recognition of everyone’s enthusiasm in developing digital photogrammetry technologies, he commented.

Alexander Chekurin, sales & marketing director of Racurs, said that while he is delighted that Racurs has won the award, he is even more pleased to see the Feodosy Nikolaevich Krasovsky Award reinstated after a long absence, reflecting a revival in interest in the development of the geodesy and cartography field, which is so vital to Russia.

Racurs Conference off to a Celebratory Start