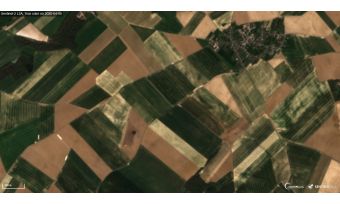 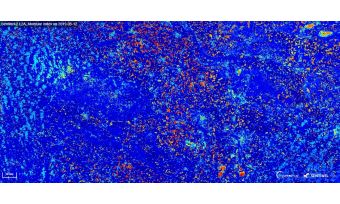 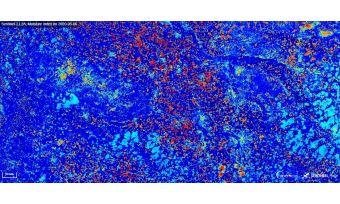 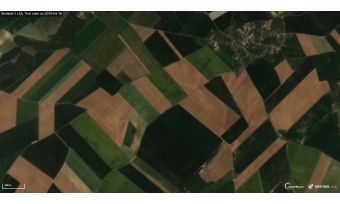 The past months have been the driest in the history of rainfall measurements in Europe, and satellite images reveal the scale of the problem. Recent storms, even the ones that caused local flooding, did not affect much deeper soil layers which continue to remain very dry. Large volumes of heavy rainfall flowed directly into rivers and drainage ditches and moistened only the surface layer.

The UK has seen the driest May in the last 124 years. Fires, resulting from droughts, consume forests, meadows and fields. Many rivers have a record low water level. We can see the scale of the problem and the seriousness of the situation on satellite images.

The current events of the pandemic have overshadowed the picture of giant flames that swept through southeastern Australia just a few months ago. However, we are still witnessing global warming which has an increasingly destructive impact on the environment. According to climate scientists, this may unfortunately be our new reality. Until now, 2020 has been the warmest year in Europe for a century. According to historical data, the average air temperature is 0.5 Celsius degrees higher than in 1990, which was the warmest year on record. As a result, soil moisture in the fields  has been significantly reduced which will have a severe impact on yields.

In the case of Germany, the country is experiencing dry weather unusually early this year. Forest fires in North Rhine-Westphalia started as early as April. According to the national weather service, only 5% of normal rainfall was recorded this month, and the whole of 2020 could be another period of severe drought in Germany, perhaps even more difficult than the previous years of 2018 and 2019.

The signs of another year of drought can be seen everywhere. In eastern Dresden, the water level of the Elbe is only 95 cm, while its average depth is twice as deep. The Elbe is one of the many rivers in Germany where navigation was suspended during the last two years due to a low water level.

“Winter without snow and spring without rain are all very well known. The difficult situation of drought in Germany can be seen in the pictures from the satellite Sentinel-2 (L2A)”, said Sybrand van Beijma, Earth Observation Data Specialist from CloudFerro, a company that builds and operates cloud computing platforms, providing large collections of satellite Earth observation images. “The moisture index is a simple method to visually compare data from different periods and see the differences in soil moisture. In this example, a sharp decrease in soil moisture can be observed between May 2019 and May 2020. This is very valuable information, especially in the context of regional water management. If an area has an alarmingly low level of humidity, the local administration should have the right data to take appropriate countermeasures,” Van Beijma added.

German farmers fear that after two years of drought, the third year may be even harder. Although in 2018 the problems resulted in record payments of compensation to farmers from the state - almost 292 million euros - they did not cover all losses.  This year's drought means more trouble.

The drought in Europe stretches from northern France through central and northern Europe to the eastern borders of Poland. In France, wheat and barley crops have had the driest soil conditions for five years. Other major European cereal producers such as Romania and Ukraine claim that their water reserves are at high risk. According to the Institute of Agriculture and Food Economics in Poland, this year's grain yields may drop by as much as 8%. The drought, which is affecting the eastern part of the European Union, is destroying crops and intensifying the economic slowdown caused by the coronavirus pandemic, which is already considered the deepest crisis since the fall of communism.

“Comparing satellite images from the following years, we can observe the drying out of the continent. We see shrinking water bodies, shallower and shallower rivers, and even smaller rivers and lakes disappearing. The situation is indeed serious and should be carefully monitored”, commented Sybrand van Beijma. “It is worth noting that the vast amount of information on measurements related to climate conditions and their change over time is obtained thanks to the European Earth observation programme Copernicus, within which the platforms we have built operate: CREODIAS, of which we are the operator, and WEkEO, which is also based on our cloud computing. The information products, based on images from satellites, show the current situation, as well as the changes that occur over time. They can be used by scientific institutes and researchers, but also by companies, creating applications supporting water management or simulating the impact of drought on the environment,” Van Beijma further explained.

According to the Helmholtz Environmental Research Centre, global warming is having a major impact on drought in Europe. If the Earth's temperature rises by three degrees, the drought area in Europe will double and cover more than one-fifth of our continent. Droughts will also last up to 3-4 times longer. Up to 400 million people could be affected. If the increase in global warming can be limited to 1.5 degrees, as agreed in the Paris Treaty, the area affected by drought should decrease.

Europe aims to actively fight climate change and counteract its negative effects. There is a need to develop climate management and disaster response mechanisms. It is necessary to collect and analyse detailed data on the situation on Earth. This is done by using images from the Sentinels, available, for example, on the CREODIAS.eu platform.