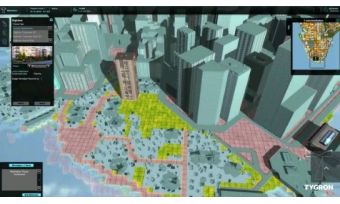 Tygron, a start-up based in Delft, The Netherlands, was once described as ‘the Johan Cruijff of Dutch water management’. This innovative 3D software company applies serious gaming techniques within city planning. The firm has now launched a new release of its software, which is already being used for many purposes worldwide: from hurricane-proofing uptown New York to simulating urban planning problems in Australia.

The fully developed 3D urban planning tool encourages stakeholder engagement in projects and hence creates greater support for spatial solutions. From climate issues to urban infrastructure, the results are more realistic than ever thanks to the use of Big Data and improved visualisation.

The updated software is able to create realistic three-dimensional worlds and to simulate various scenarios. Stakeholders can experiment with different planning scenarios online based on real (map) data, thus giving all users insight into the impact of plans at an early stage. This improves the lead time of projects and delivers immediate cost savings.

Florian Witsenburg, CEO of Tygron, states that 70% of the world’s population will live in towns and cities in the near future. The major challenge is to make – and keep – urban areas liveable. Citizens, companies and governments can use the software to design their own city together, he says, calling in the new ‘digital democracy’: reaching broad consensus, actively and transparently, on the best use of the available space.

The new release of the Tygron Engine includes compatibility with Esri (GIS) data. When visualising a project within the Editor function, multiple map layers can be integrated with a wealth of data from the Esri platform, from Dutch BAG and top10NL map data to the New York PLUTO map data. The Vector-based maps ensure even better visualisation. The Vector application enables curves to be integrated into the map display and also for heights to be made visible, resulting in more realistic 3D worlds.

New features have been added to the Tygron Engine, such as to allow the colours of the construction model to be changed.

Florian Witsenburg (1980) studied technical public administration in Delft and has been CEO of Tygron since 2010. He is a guest lecturer at the Massachusetts Institute of Technology and Cornell in New York, as well as at Oxford University. 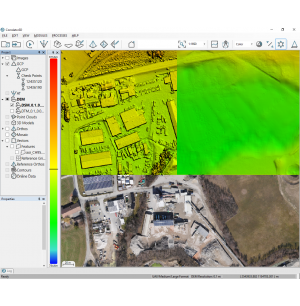 How to Speed up Stockpile Measurement with Drones