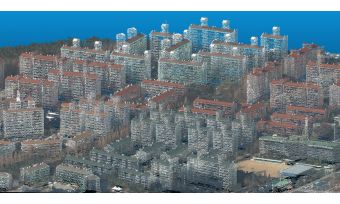 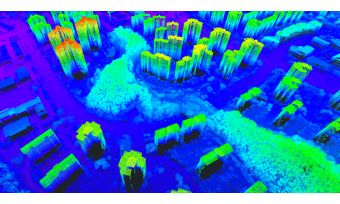 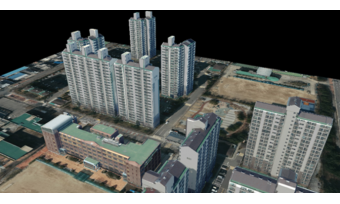 Around the world, local governments are rolling out Smart City/Digital Twin projects to support economic stimulation and tourism programmes and to improve the quality of life overall. Up-to-date 3D building models and comprehensive Geographic Information Systems (GIS) data, along with Building Information Modelling (BIM) data, are combined to create a digital twin of the inside and outside of buildings and the surrounding topography. In effect, the real world is converted into an exact digital replica to facilitate analysis, planning and management of all smart city assets.

The primary goal behind 3D virtual cities is to reduce and manage problems typically found in urban areas by conducting simulations and analysis on digital twins and using the results to improve conditions. In addition, big data captured with Internet of Things (IoT) sensors, closed-circuit television (CCTV), security cameras, and so on, provide insight into specific locations. The South Korean government started its Smart City/Digital Twin programme in 2017 to address various issues, such as traffic, crime, environmental pollution, efficient energy management, urban planning, disaster management and redevelopment. By analysing the virtual cities and associated big data, governmental entities are better equipped to address areas of concern.

All4Land, a leading geospatial service provider in South Korea, has been building 3D digital models that include BIM and GIS data since 2014. To save time and reduce cost, All4Land collects oblique and Lidar data simultaneously with its Leica CityMapper airborne mapping sensor and quickly processes the data with Leica HxMap, a multi-sensor processing platform. The resulting 3D models are enhanced with GIS data, such as vector maps of utilities, telecommunication or transportation infrastructures, to support in-depth analysis. The external shapes of buildings are made from CityMapper data and the internal shapes are made from 3D scanning data, design data and BIM data.

All4Land is responsible for creating the GIS data and 3D building models and integrating BIM data provided by the building owner or a government agency. BIM data is mandatory for new government construction in Korea and is normally produced by a third-party design office. For new buildings, BIM is typically captured during and after the construction process, and for existing buildings it is established by reverse engineering with 3D scanning and original design data.

The combined CityMapper and HxMap solution provides automatic processing at Level of Detail 1 (LOD1) and LOD2 based on CityGML, an open data model and XML-based format for the storage and exchange of virtual 3D city models. LOD3 requires some manual processing to express open elements such as gates and windows, and LOD4 involves manual processing that depends on the level of indoor details.

“There are powerful functions in HxMap, especially in simultaneous aerial triangulation processing for multiple cameras, and efficient 3D modelling from both image and Lidar data,” says Sangkwam Nam, managing director, All4Land. “HxMap also supports processing tasks such as sensor calibration, automatic point matching, line-to-line registration, building generation and many more. All of these were previously tedious manual tasks that can now be run automatically within the HxMap workflow.”

To combine CityMapper data with BIM data, All4Land first allocates coordinates derived by GNSS surveying to the BIM data, then converts the BIM data to 3D building models and merges them with CityMapper data. All4Land developed its own proprietary software for data conversion and coordinate allocation and makes the 3D models available through its MapPrime platform, a WebGIS server that integrates indoor and outdoor models and provides data visualization tools.

In 2019, with its purchase of a highly efficient CityMapper aerial system and HxMap, All4Land became well-positioned to expand its 3D mapping services. Collecting data quickly is particularly important because of the unique limitations of aerial data capture in South Korea. Surrounded by the sea on three sides, cloud cover in South Korea frequently creates unfavourable weather conditions. In addition, it is difficult to get flight permission near military zones and security areas, therefore total flying days are quite limited. Under these circumstances, the CityMapper’s ability to capture orthophotos, oblique imagery and Lidar all in one flight is advantageous.

“The CityMapper is an excellent solution for our projects – the added efficiency allows us to capture more data in a shorter period of time,” says Nam. “And HxMap streamlines the processing and modelling, which reduces the cost of building a digital twin.”

One of the test projects for the Digital Twin concept was in the city of Jeonju, a tourist area in North Jeolla Province in southwestern South Korea. Many historic buildings, such as the traditional village called Hanok, attract visitors, and the city is known for its excellent regional cuisine. Jeonju recently introduced the Digital Twin concept as part of MaaS (Mobility as a Service) to attract tourists and to help them travel around the city using electric bicycles, electric kick boards and other transportation.

All4Land was selected to conduct two projects in Jeonju, first mapping an area 4 square kilometres (sq. km) in size, including BIM for 20 buildings, followed by a 205 sq. km project. The City of Jeonju and LX, the government cadastral organization, are in the process of acquiring BIM data for all government-owned buildings in the larger area. Using CityMapper, aerial data capture of the large project took All4Land only two days, with an additional two to three months for data processing and 3D building modelling. The LOD3 outdoor data captured with the CityMapper were merged with indoor BIM data in the test area to create an LOD4 model of the real world.

“Digital twins are helpful for many applications,” Nam stated. “For example, before planning a new building in a downtown area, the simulation model is utilized to analyse the 360-degree view, visibility range, solar rights, privacy issues, and so on. This uncovers any potential conflict with existing buildings. The development plan can be revised and improved in the early stages, which saves money in the long run.”

Smart Cities are the Future

There are approximately ten Smart City projects in South Korea today and the number is expected to increase. In addition to Jeonju, All4Land is working on the Virtual Seoul project for Seoul, South Korea, and a 3D geospatial project of Osan for the South Korea National Mapping Agency (NGII).

South Korean Smart Cities focus on revitalization of the local economy based on smart mobility, demographics, tourism and other factors. Government organizations use the 3D building models to analyse options and opportunities to support decision making. In the future, All4Land expects the MapPrime platform to be open to commercial companies for the management of facilities, parking, sightseeing and so on.

The expanded use of digital twins relies on efficient collection of data and highly automated processing to keep costs reasonable. Leica CityMapper, and the more recent CityMapper-2, are high-performance urban mapping sensors ideal for fast digitization of cities and urban environments. The hybrid oblique imaging and Lidar solutions, paired with the HxMap processing platform, together provide high productivity and fast turnaround.

“We are very satisfied with the CityMapper’s performance and data quality ─ the nadir and oblique images and Lidar are excellent. We also feel that technical support and training programmes offered by Leica Geosystems are the best,” says Nam. “Leica Geosystems keeps supporting customers, trying to find better solutions together during the entire process of operation and processing, and that helps us stay competitive in a rapidly changing industry.”

BIM: The Leading Role of the Geomatics Sector