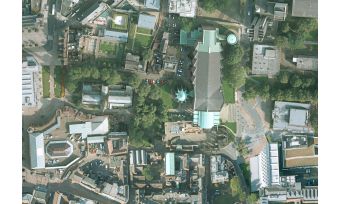 Aerial mapping company Bluesky has revolutionized its production of aerial photography, reducing the time taken to process the terabytes of data captured by more than 75 percent. Following a major research project, the team at Bluesky’s production facility has implemented a Vexcel UltraMap system which has allowed for the introduction of a continuous, uninterrupted processing workflow. By investing in an entirely new workflow, Bluesky has also improved the quality of the aerial images, reducing 'building lean' and image distortion and improving the accuracy of its digital height models.

Bluesky’s investment in software follows the recent purchase of two UltraCam Eagle cameras, also from Microsoft, and the introduction of new flying practices. In addition, Bluesky has recently secured a number of high-profile contracts, including a multi-million pound contract for the supply of geographic data to Central Government organisations awarded by the Department for Environment, Food and Rural Affairs (DEFRA), and a four-year contract to supply the national mapping agency for Great Britain, Ordnance Survey. Earlier this year, Bluesky announced plans and commenced data capture for the first high resolution aerial survey of the whole of the Republic of Ireland, and will also create digital surface models and terrain models.

2015 was a phenomenal year in terms of data volumes to be processed, commented Bluesky’s technical director James Eddy. The company has introduced new flying methods, secured a number of large contracts and is actively pursuing their own ambitious flying programme. This has meant the volume of raw data to be processed is unprecedented, he added.

In order to process the many terabytes of data produced in a flying season – for example, Bluesky is looking at over a trillion DSM points alone – the UltraMap system is just one component of a complex system, continued Eddy. The company has also invested significantly in hardware, including an array of multi core processors, the network infrastructure, a robust backup system, internally produced software to increase and improve QA and improve productivity, and of course, perhaps most importantly, skilled and experienced staff, Eddy stated.

Eddy now believes his company operates one of the most advanced aerial imaging processing facilities in the UK, if not the world, and it has the capacity to handle its largest-ever projects.

Read the latest news about UltraCam

Read the latest news about UltraMap 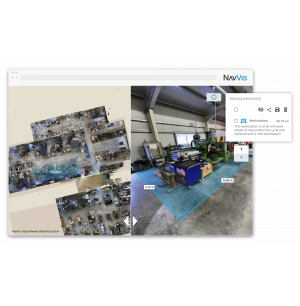