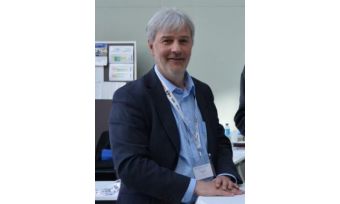 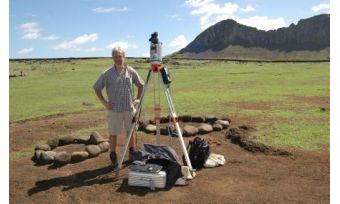 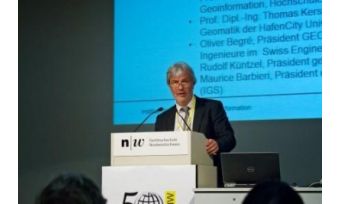 Thomas Kersten is a professor of photogrammetry and laser scanning at HafenCity University Hamburg, Germany. He is currently also one of the ‘directors’ of the Oldenburger 3D-Tage, an annual conference on 3D optical measurement techniques, laser scanning and photogrammetry. GIM International spoke to him earlier this year at the most recent edition of that event. Here, he talks about future technologies in the geomatics profession, data processing, archaeology as one of the many possible applications for geomatics, and HafenCity University’s philosophy.

Which major developments do you foresee in terrestrial laser scanning (TLS) geodata acquisition technology in the next five years?

I expect there to be a lot of new developments involving low-cost sensors. They are not only becoming cheaper, but also increasingly powerful, and I can see a lot of potential for such systems. For example, with respect to close-range areas, the Kinect. I expect the next Kinect and other similar sensors to lead to significant improvements in 3D measuring technology. It’s already possible to source low-cost sensors for just a few thousand euros, compared to the high-end systems that often cost tens of thousands. Of course you don’t get the same quality, but calibrating the system and implementing some clever algorithms can nevertheless give you some good results.

What do you foresee for measurements on a large scale?

In terms of laser scanning, I really must say that there are some very good products being invented, such as the new RIEGL system with infrared and thermal cameras. Nowadays we’re seeing a lot of sensors integrated into one system: think of a laser scanning system with GPS, a camera, a thermal sensor and perhaps a hyperspectral sensor resulting in data fusion. And mobile laser scanning systems already have these different types of sensors integrated into them. The bottleneck lies in obtaining a value-added product by processing the data. The system providers should speed up the software developments for data processing, because there still is a lot of room for innovation and potential for improvements.

One of the main bottlenecks in the processing of point clouds is their massivity. Do you have any suggestions for tackling this issue?

At the moment, people tend to complain about the huge amount of data which we are unable to handle, but I believe this is only a temporary problem. With the current rate of advancement in computer techniques, it will soon be resolved. It’s even already possible to do smartphone photogrammetry, which I call ‘smartphonegrammetry’. The ETH in Zurich, Switzerland, has announced an Android app which enables a smartphone to be used as a 3D scanner, and there’s another system, called OpenDive, which allows you to use your smartphone as a 3D visualisation tool. We use the game engine, Unity; we input our 3D models into the game engine and then, using OpenDive, we put them onto our smartphones as an app for 3D visualisation. The sensors in the smartphone enable you to scan and visualise the objects in 3D – smartphonegrammetry in practice! In the future, people will be using smartphones for many mapping applications.

What role do you see for open-source software in processing massive amounts of point clouds?

There are a lot of open-source packages available, either for free or at very low cost, which enable the generation of very dense point clouds. Optical cameras, in combination with algorithms, are becoming a serious competitor for laser scanners. The algorithms are coming mainly from the computer vision community, where a lot of open-source software is available. That’s one of the big differences between photogrammetry and computer vision. In computer vision, someone develops an algorithm and puts it on the internet for free, so that anyone else can take it and develop another solution or even improve the systems or the software. In photogrammetry, the systems that are developed are kept concealed and protected, as if in a fortress, with the aim of being sold. Therefore, improvements in the development of systems and algorithms are moving much faster in the computer vision community than in photogrammetry. The computer vision specialists are focused on automation: input images into the system and let the system compute the images to produce a point cloud or a measured 3D model. Meanwhile, photogrammetry specialists approach it from the other angle: automation is not important. What matters is the precision of the models, so they focus on getting the accuracy and positioning right in the system. If you can combine both worlds in one system, you will have the optimal system for 3D modelling. The algorithms have been available for some 10 or 15 years, but computers were not advanced enough to be able to run such systems within a reasonable space of time. Obviously, that’s no longer a problem today.

What have been the main contributions of TLS to improving cultural heritage mapping and 3D city modelling?

In general, terrestrial laser scanning has been one of the biggest inventions and improvements in the documentation of cultural heritage for the past 15 years. The technology and methods of TLS are well-accepted in the archaeology and cultural heritage community, but other competitive technology is available now such as ‘structure from motion’ algorithms and low-cost sensors. For 3D city modelling, the state-of-the-art technology is laser scanning. And of course we should not forget combining technologies such as airborne Lidar and mobile laser scanning using vehicles such as cars and ships.

Is geomatics technology expanding into other fields as it becomes more user-friendly?

User-friendliness is one aspect, but the other thing is how we handle projects and how we communicate with other disciplines. People from archaeology, cultural heritage and architecture speak a different ‘language’, which can make it very difficult for us to understand each other. If we know what they really want, we can explain what we can do. I always say that the other disciplines such as archaeologists should concentrate on doing what they are good at. Our technology can help them to improve their documentation, analysis and interpretation. But I realise that there are three groups: one group is very critical of new technology; they want to run their projects just as they did 20 years ago, although this is a minority. The second group accepts and uses the technology in so far as they ask experts to do that work for them. The third group from cultural heritage, archaeology and architecture is formed by people who are able to use the systems themselves. This means that they have received training in the methods and they get very good results up to a certain level of detail and accuracy. You could say, tongue in cheek, that they are stealing our jobs! I would prefer to see geomatics specialists performing that work and supporting people in the fields of archaeology and cultural heritage in close co-operation.

UAS is a rapidly emerging technology. How can UAS serve heritage mapping and 3D modelling of the built environment?

In 2012 I was in Melbourne, Australia, at the ISPRS congress. There were lots of parallel sessions, and while the sessions with a somehow UAV-related title were completely crowded, the other ones were more or less empty. In other words, everyone is currently focused on UAVs. Each university has its own system and is working with them. The impact of UAS over the few years has been significant and I am sure UAS will become more and more important in the next few years. The technology will significantly be improved in the near future; the system payloads will become 2 or 3kg instead of 1, which will enable the system to be based on a single-lens reflection camera for better-quality photography. And the algorithms behind these are structure from motion, photogrammetry, and so on.

UAS is considered to be a low-cost geodata acquisition technology. Do you think that low cost equals low quality?

First, I don’t agree that low cost generally means low quality. Sure, there are some examples that show that it is. For example, the Kinect is one system that is able to take 3D measurements within approximately a 4 metre radius. This produces results which are useful for some applications, such as indoor navigation. The system does produce low-quality point clouds, but this is just the beginning of the development. I expect future-generation Kinects to offer better systems with better performance. However, another example is a UAS with a very good camera, with 36 million pixels. The UAS delivers very high-resolution photographs and correct matching will give good results with point clouds. Therefore it is a low-cost system, but certainly not a low-quality one. I expect that once people start accepting such low-cost systems, low-costs solutions will spread all over the world.

The education and research activities at HafenCity University Hamburg are aimed at envisioning and concretising how the future of metropolitan areas could, and should, look. Which aspects of geomatics does this involve?

As a professor at the HafenCity University in Hamburg, I enjoy teaching motivated young people who are truly interested in geomatics. From my point of view, this is a great challenge. Besides the theoretical part, I like to organise practical, interdisciplinary projects. It is our policy to run projects together with our students, aimed at delivering results that are useful for other people. The philosophy at HafenCity University is that geomatics works together with architecture, civil engineering and urban planning. Therefore, we define common projects where students from these different disciplines work together with – and learn from – each other.

Over the past few years in Germany, we have seen several examples of huge projects that have failed. Think of the never-ending stories of the construction of the new airport in Berlin, the underground railway station in Stuttgart (‘Stuttgart 21’), or the Elbe Philharmonic Hall in Hamburg. The problem lies in the fact that (a) politicians like to play the role as principal builder, and (b) the specialists from the various disciplines involved in these major projects cannot communicate with each other successfully. Therefore, at HafenCity University we aim to help students from different disciplines to speak the same language and to understand each other. This integrated approach will be very important for geomatics professionals in the future.

Prof Thomas Kersten is a lecturer in photogrammetry and laser scanning at HafenCity University Hamburg in Germany. In 1988 he graduated in geodesy from Leibniz University in Hannover. From 1989 to 2000, Kersten lived and worked in Switzerland, first as a research and teaching assistant at the Institute of Geodesy and Photogrammetry, Swiss Federal Institute of Technology (ETH Zurich), and later as head of the digital photogrammetry department at Swissphoto AG. In 2001 he returned to Germany to become a professor of photogrammetry and remote sensing at the Hamburg University of Applied Sciences (HAW). Since 2006, he has been working in his role at HafenCity University Hamburg. Thomas Kersten is a member of the German Society of Photogrammetry, Remote Sensing and Geoinformation (DGPF), the Swiss Society of Photogrammetry and Remote Sensing (SGPF) and the German Association of Surveying (DVW). He is author of more than 100 scientific contributions in journals, books and conference proccedings. Since 2010 he has been involved with the Oldenburger 3D-Tage, an annual conference on 3D optical measurement techniques, laser scanning and photogrammetry organised by the Jade University of Applied Sciences in Oldenburg, Germany, and the DGPF working group on optical 3D measurement techniques.

This interview was published in the May 2014 issue of GIM International.