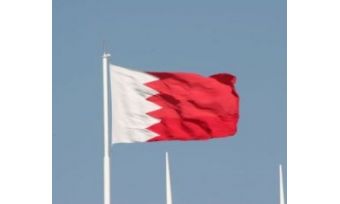 Ordnance Survey International has announced the signing of a five-year Specialist Advisory Framework Agreement with the Survey and Land Registration Bureau (SLRB) of the Kingdom of Bahrain. The agreement provides an opportunity for both organisations to work together collaboratively on a number of projects, the first of which will be the development of a new long-term strategy, which will support SLRB in continuing to develop its role as the authoritative cadastral and mapping authority for Kingdom of Bahrain.

An initial contract was announced in April 2013, which allowed the organisations and relevant stakeholders to work together to develop a national 3D spatial data model for the Kingdom of Bahrain. This work is now close to completion and SLRB has been keen to instigate a framework agreement, which will see them working with Ordnance Survey International on future projects.

Sheikh Salman Bin Abdullah Al Khalifa, President of SLRB, said his organisation is delighted with the relationship between SLRB and Ordnance Survey International and looks forward to developing their partnership over the next five years and into the future. He said he recognises fully the economic value that geospatial information brings to the Kingdom of Bahrain and this agreement with Ordnance Survey International will offer them a chance to learn from the world’s leading national mapping authority.

His Excellency the British Ambassador to the Kingdom of Bahrain, Iain Lindsay OBE said he is glad to see Ordnance Survey International, the global leader in mapping and a tremendous example of UK commercial and technical excellence, developing a mutually beneficial partnership with the SLRB. It gives a further boost to UK/Bahrain commercial relations, which is in the interests of both countries.

Dr Vanessa Lawrence CB, Director General and Chief Executive of Ordnance Survey said the partnership they have built with SLRB represents a landmark agreement for collaborative working across all levels of their respective organisations; they have developed together a model for delivering knowledge transfer programmes. Lawrence added to be very happy with the signing of a five year framework contract so that they can work on a number of projects together to enhance the important work of SLRB as the underpinning geographical framework for the nation. This will deliver economic benefits across many areas of development within the Kingdom of Bahrain.