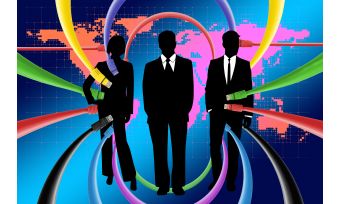 An important element of the GSDI Association’s Strategic Plan 2015-2020 focuses on capacity building. This has various aspects, including workshops, webinars, a knowledge bank of online resources, funded GSDI Strategic Projects, and participation in various conferences and meetings, to promote spatial data infrastructure (SDI).

Beginning in November 2016, a series of webinars focusing on marine/coastal SDI issues was initiated, running to the end of 2017. The topics include an introductory webinar on the GSDI Marine SDI (MSDI) Best Practice Project; focus on MSDI in Malaysia, Brazil and Denmark/Baltic states; focus on coastal SDI issues; three webinars focused on the role of SDI in marine cadastre and an overview of the latest marine data standards work of IHO and OGC.

Beginning in September 2017, a series of four webinars will cover SDI Data Policy, Governance and eGovernment; Licensing and IPR; Standards for NSDI & Metadata Profiling; and NSDI Organisational Issues. GSDI webinars are open to all at no cost; places are limited to the first 100 registrations received.

Another key activity has been the long-running GSDI Small Grants Program that began in 2003. It has now sponsored 114 grants for a range of projects around the globe meeting the primary criteria of helping those organisations that are contributing to and/or building SDIs at organisational, national or regional levels. Seven new grants were made in 2017.

A half-day workshop on ‘Marine SDI, INSPIRE and the EU Marine Directives’ is being delivered at the INSPIRE 2017 Conference in Kehl, Germany, on 4 September. The workshop introduces the reporting requirements of the EU Marine Strategy Framework Directive (MSFD) and the EU Maritime Spatial Planning Directive (MSPD), specifically regarding marine information components of national SDIs and INSPIRE-compliant data in the coastal and marine information sectors. A further workshop addressing spatial data at the land-sea interface will be conducted later this year in cooperation with EuroSDR, which is co-funding the Marine SDI Best Practice project. This workshop addresses the issues of how different government agencies need to cooperate in order to best manage the complex physical region found at the coast.

All capacity-building resources can be found on the GSDI Association’s website, including workshop results, SDI-related videos, SDI cookbooks, numerous books relating to SDI research and implementation, plus reports and links to national SDI portals, related associations and more.