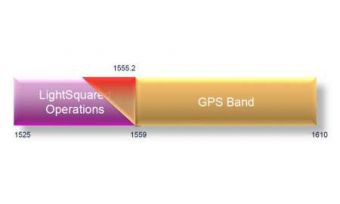 The US House of Representatives Appropriations Committee on 23rd June approved action to 'fence' or halt the Federal Communications Commission (FCC) from expending any funds related to a conditional waiver it granted a company called LightSquared until all concerns have been resolved about interference with Global Positioning System (GPS).

The amendment was passed in a unanimous voice vote by the full House Appropriations Committee. Observers reported that that the vote was punctuated with a "loud" response, underscoring the growing Congressional concern about the harmful interference to GPS systems that will occur if the FCC moves ahead with approval of LightSquared's plans to deploy 40,000 ground stations. The amendment was offered by US Reps. Steve Austria (R-Ohio) and Kevin Yoder (R-Kan.) and was part of the Financial Services Appropriations Subcommittee's bill.
Commenting on the vote, Jim Kirkland, vice president and general counsel of Trimble, a founding member of the Coalition to Save Our GPS, said, "GPS is a vital national resource that is today fundamental to our economy, national security and to virtually every industry sector. Business, consumers and the government will be hobbled if the FCC proceeds on this path with LightSquared. The vote today puts ‘teeth' into legislation that will protect government and private GPS users from LightSquared's proposal."


In an unusual process, the FCC early this year granted a conditional waiver to LightSquared, a Virginia-based company backed by a New York-based hedge fund, to develop spectrum immediately adjacent to the spectrum long used for GPS.


The legislation reads, "None of the funds made available in this Act may be used by the Federal Communications Commission to remove the conditions imposed on commercial terrestrial operations in the Order and Authorization adopted by the Commission on January 26, 2011 (DA 11-133), or otherwise permit such operations , until the Commission has resolved concerns of potential widespread harmful interference by such commercial terrestrial operations to commercially available Global Positioning System devices."


LightSquared sought quick FCC action on its plans to deploy 40,000 ground stations and a tight deadline for conducting the industry's Technical Working Group study on the problem of interference with GPS signals. But LightSquared then asked for postponement of the deadline for completing the interference study and unilaterally, before either completion or submission of the study, announced its so-called "solution" for it. All this came out of the blue, without the knowledge, agreement or consensus of the industry group studying the problem.


That may well be because virtually nothing has actually changed in this "new" proposal relative to what LightSquared pledged at the outset of testing. The power levels don't change. Nor do the frequencies. In fact, the only thing that has changed is the order in which the channels within the band adjacent to GPS would be deployed.