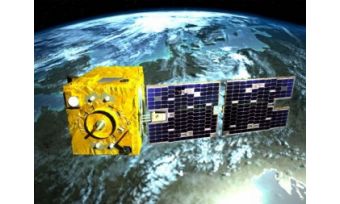 Vietnam has reached an agreement with Belgium upon which Belgian companies under the auspices of Spacebel, a Belgian software engineering company operating in the Space and Earth monitoring applications sectors, will manufacture the VNREDSat-1B. The second remote sensing satellite will help to monitor natural resources and natural disasters, and improve management of the territory and main natural resources sources.

The VNREDSat-1B will be originated from a group of PROBA ( Project for On-Board Autonomy) satellites of the European Space Agency (ESA). The project will cost a total of over EUR60 million from Belgium's official development assistance (ODA) and the Vietnamese government's corresponding fund. The satellite has a weight of about 130kg.

Vietnam's first remote sensing satellite VNREDSat-1 was launched into orbit, together with two other satellites: a 140kg Proba-V satellite of the European Space Agency (ESA) to map vegetation cover, and a 1.3kg Estonian micro-satellite, ESTCube-1 to test an electric solar sail by Arianespace from the Guiana Space Center, French Guiana.

The Vietnam Academy of Science and Technology has stated that the satellite successfully sent its first photos of Vietnam to the ground receiving station on 9 May. The ground stations can connect with the satellite from two to four times per day through the satellite signal receiving and transmitting station located in Hanoi-based Hoa Lac Hi-Tech Park.