GIS Is Innovating How Land Data Is Collected and Managed 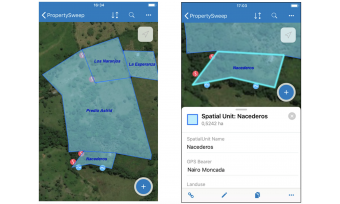 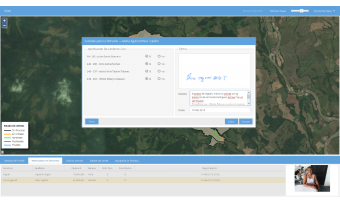 'What if we put fit-for-purpose land administration thinking into a single app?' wonders Brent Jones, the man who oversees Esri's worldwide strategic planning, business development and marketing activities for land records, land surveying and land administration. 'How would we do that?'

When Brent Jones started his career as a surveyor, data collection involved hauling around heavy tools such as total stations, tripods and range poles. Data had to be manually recorded in weatherproof field books using a number-four lead mechanical pencil. Then came the advent of the Global Positioning System (GPS), experimental satellites, receivers powered by car batteries and PhD students to help us process that data. However, more recent advances in the field have been exponential. Today's GIS technology enables surveyors to leapfrog processes for surveying and mapping land parcels.

It has been said in business that any technology used for automation and applied to an efficient operation will magnify efficiency. Likewise, automation applied to an inefficient operation will magnify that inefficiency. Surveyors have been improving our operations for decades with tools such as electronic data collectors and robotic total stations. These innovations have reduced the number of surveyors needed in the field, but they have not necessarily simplified our operations. In 2014, the International Federation of Surveyors produced the Fit-for-Purpose (FFP) report. This went a long way to help the land administration community view our trade differently, and it led us to re-engineer our thinking of how to document and secure land tenure. However, the report fell short of delivering any truly new solutions. Traditional land administration tools and workflows were too costly, difficult to build at capacity, unsustainable, and impossible to scale for FFP.

Henry Ford once said about the automobile: "If I had asked people what they wanted, they would have said faster horses." The same holds true for expectations of land administration – "How can I draft this map faster?" or "Can you make a total station that cuts my time down in the field?" Many of the advances that surveyors see today – CAD, robotic total stations and data collectors – are just automating old workflows. But what if we put all this Fit-for-Purpose land administration thinking into a single app? How would we do that? We would need basemaps, data, open standards, modern security, high-accuracy GPS, and the ability to work offline as well as configure to local requirements. The Collector for ArcGIS app achieved all of this while being easy to use and scalable for major projects. It was put to the test following a peace treaty in Colombia after the 52-year civil war with the Revolutionary Armed Forces of Colombia (FARC). An ambitious project was undertaken – restore land rights to the people who lost their land during the war.

By the time that the Colombian government and the FARC finally brokered a peace agreement in 2016, the half-century civil war had claimed 260,000 lives. Land reform was always at the heart of the conflict. In Colombia, as in many countries, land ownership is concentrated among an elite group. Just 14% of all landowners control 80% of the land, a strong indicator of inequality. During the war, some rural areas were effectively cut off from the rest of the country, as government troops, paramilitary groups and the FARC fought over territory. So many people were driven from their land over the years that Colombia now has the world's largest displaced population – nearly 8 million. Even for rural Colombians who have remained on their land, property rights are highly conditional in the post-conflict era. People who possess small plots of land have no official recognition of their ownership or even the exact size of their plots. In a joint effort with various Colombian governmental institutions, universities and companies, Kadaster International – known for its innovative thinking and contributions to the global land administration community – took on the challenge of speeding up land inventory in post-conflict rural areas.

The team from Kadaster needed a solution that was fast, affordable, participatory, transparent, robust, inclusive, secure, standards-based, configurable and accurate. They did not however want to develop and maintain custom software. They looked into Collector, a mobile data collection app that works seamlessly with a GIS. Collector enabled efficient data collection, eliminated the need for paper, and was part of the secure GIS environment that Kadaster already used. Developed by engaging with real fieldworkers, the app is almost a living organism, responding to ongoing user requirements and problems. For example, Javier Morales of the University of Twente's Faculty of Geo-Information Science and Earth Observation (ITC) worked with Kadaster International and Esri Colombia to provide direct feedback to the Collector development team, which was critical to success in Colombia. Leveraging the Land Administration Domain Model (LADM), Morales developed new field data collection techniques in a dynamic environment and methodologies to clearly communicate with landowners about how their boundaries were mapped. This input resulted in additional capabilities built into the app that hundreds of thousands of users all over the world now benefit from. The project, called Land In Peace, also enlisted the help of local youths and farmers to take field measurements, which built trust as well as saved costs.

Easy to Implement and Use

The Collector app is configured to respond to data and services that it is connected to, so that its use in other land administration systems requires no development.

"We now have an application that can be configured to seamlessly address the requirements of land administrators, surveyors and landowners, enabling the fast and reliable execution of all those societal processes that depend on up-to-date land inventories," said Morales. "What is also really great about the Collector app is that it builds up citizens' trust in the procedures, organizations and technology being used to address their needs."

Collector is the interface to the entire geospatial infrastructure needed to collect, manage, analyse and visualize land information. Part of the Esri Geospatial Cloud, the Collector app connects to massive global datasets including basemaps and imagery, hosted services like geocoding and routing, and analytics for understanding data. And it is accessible anywhere, by anyone, from any device.

Because it is built on open standards and leverages the LADM, the Collector app allows surveyors to use their data in an industry standard and to use the technology out of the box. Surveyors also have access to modern security protocols, as well as the ability to leverage new developments and advancements in iOS and Android technology as they become available. Collector functions offline, so it enables users to save data and work in challenging environments that can be remote and disconnected.

"The application is designed so that everyone can use it – young people, grown-ups and the elderly," said Yorman Romero Muñoz, one of the local grassroots surveyors involved in the Land in Peace project. "Especially young people, because we love these new technologies so much."

As the work of surveyors and land administration professionals continues to evolve, an easy-to-use and intuitive app is digitally transforming our processes. And in Colombia, this technological advance is already helping to improve the lives of millions of people.