Mapless Topographic Products Are the Future 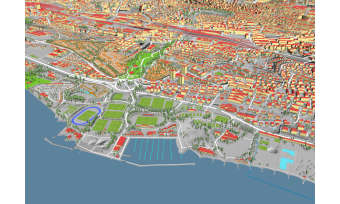 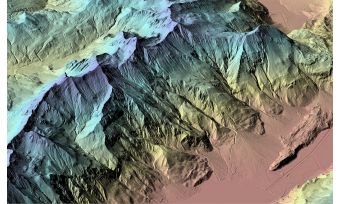 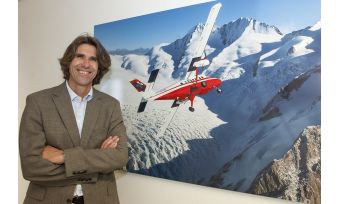 Switzerland is unique in that it is still the only country to have switched entirely to 3D for its national object-oriented topographic database. As users increasingly discover the advantages in terms of new workflows and services, nobody regrets leaving the 2D era behind. According to Swisstopo, the extra dimension creates no extra costs – only extra benefits.

It took the Swiss Federal Office of Topography (Swisstopo) ten years to build an object-oriented topographic database in 3D, with the last objects having been completed in 2019. “Nothing is excluded now; everything you can think of is available in 3D. Even the administrative boundaries, which are legally not defined in 3D, are for practical reasons projected on the 3D terrain model,” states André Streilein, head of topography at Swisstopo. The difficulties and costs associated with the new data infrastructure were not caused by the third dimension, he says. “There was no specific 3D work. Since we already used photogrammetry, we were already measuring in three dimensions, only we never used the third dimension. The main effort was related to changing from a system of cartographic-based databases to a single topographic-based one. That was the real objective; we just incorporated the 3D element too.” Swisstopo migrated several legacy multi-scale databases into one high-resolution topographic landscape model comprising over 25 million uniquely referenced objects. This scale-independent database is maintained via orchestrated rule-based production workflows to enforce the highest levels of data quality and efficiency. “The main challenge for us over the past years has been the ‘degeneralization’. All the cartographic generalization had to be undone and the features of the objects had to be mapped just as they appear in reality. We now have everything at a degree of detail to allow the generation of 1:5,000 maps.” Most Swisstopo products (including 2D ones) and services are derived from that single topographic landscape model (TLM) and the corresponding 100%-consistent digital terrain model (DTM).

The coordinates of every vertex of all TLM objects are recorded in the same way nationwide with an accuracy of 20cm, except for features which are not defined at 20cm (such as forests). Every year, one third of the country is subject to remote sensing by aerial photogrammetry. Swisstopo uses Lidar and photogrammetry for the terrain and also for the surface models. Unmanned aerial vehicles and satellites are used for complementary up-to-date information in the areas that are not flown that year. Information collected by local authorities is also important input. Nothing is measured terrestrially any more. “Time is only spent on fieldwork if the photogrammetry processing employees have a specific query, such as: ‘Is this the right underground connection to an underpass?’. In that case, our field staff – who are not necessarily qualified surveyors – verify the situation in the field, armed with a copy of the database. They mostly only have to say yes or no.”

Nowadays, the main challenge for Swisstopo in the updating process is to shorten the update cycles. A new version of the total topographic database is formally released every year, and some parts are even updated more often. That does not mean there is a new version of every separate product in that frequency, even though everybody assumes that the data in digital maps is both up to date and correct. “In our TLM, the ‘Verified’ label is the only guarantee of 100% quality and correctness,” says Streilein. “The local authorities inform us whenever they start work on infrastructure projects. That goes into our database with the label ’Under construction’. As soon as new or changed infrastructure is released by the authorities, it is in our database within the space of a week under the label ‘Built as planned’. The object appears in our aerial imagery a maximum of three years later and then it is labelled ‘Verified’.”

The Swisstopo website has more than 30,000 unique visitors per day, to access the topographic database, orthophotos, terrain data and geological information. All the geodata recorded by other governmental organizations is also published in the national geodata portal coordinated by Swisstopo. Furthermore, Swisstopo is of course involved in many projects. For the Federal Office for Environment, for example, they monitor glaciers or the vegetation development in areas that have suffered forest fires. Public-sector organizations have to pay for Swisstopo’s services in ‘government currency’. André Streilein explains: “We send them an indicative invoice. We do not want a situation in which government organizations have to make a profit by billing each other or have to use poor-quality data because they need to save money. But in Switzerland the government wants to ensure the cost awareness.”

Citizens can view the data for free, while the private sector has to pay real money. Swisstopo is required to generate a return of about 27% per year on the public investment. “Therefore, we license our data for commercial re-use. The licensing cost depends on the intensity of use by the companies. Basically it is based on trust, but they have to report back to us on how they used the data. We hardly ever have problems with companies trying to manipulate us.”

In Switzerland, the question ‘Why not use Google Maps?’ is not uncommon. “The answer is not only that our work is more precise, but also that we are unbiased by commercial or political interests, which is the main value. You can trust it. It’s not like a Google search, in which you get different results depending on what kind of hardware you use or your location or the time of day. This ‘Google Maps’ question is less common in the public sector. Most Swiss politicians understand that, in this day and age, the federal geographic data infrastructure is as important as the infrastructure of highways or railways and that the state has to have full control of these databases, from content to quality assurance.”

Around 15 years ago, before the creation of the TLM, Swisstopo sent out questionnaires across Switzerland, asking ‘What do you need in 3D?’. It received almost zero response. Now that the products are in use, the customers are generally pleased and are better able to indicate what else they want. Users are discovering that they can do things that were not possible with 2D data. Architects can integrate 3D data with their BIM data, road authorities can directly include the steepness percentage in their calculations, ‘smart city’ applications need 3D, and so on. “The financial benefits are huge for the country as a whole. And ultimately it’s about how we survive as a society,” comments Streilein. For example, Switzerland wants to have pulled out from nuclear energy by 2050, so the Federal Office of Energy needs to stimulate solar energy. In conjunction with them and with the Meteorological Office, Swisstopo made a solar cadastre based on 3D roof data (roofs are separate objects in the TLM) and built a web application around it. That enables people to see whether it is worthwhile for them to invest in solar panels in their particular situation. They can share the output from the app – a PDF specifying the type and quantity of panels, location on the roof, costs, return on investment, etc. – with an installation company and then use it to apply to their local government for a subsidy. The number of solar panel installations has soared in Switzerland since the launch of this solution because it has made things easier for citizens.

The existing IT infrastructure back in 2008 was insufficient to optimally share the benefits of all the data and services becoming available; something had to be done to create more computing capacity. Today, with approximately 80TB of data being exchanged with around 13 million customers per month and up to 3,000 map tiles delivered per second, cloud computing has proved to be the right choice. The capability to scale the solution (AWS from Amazon) vertically and horizontally within minutes resulted in year-on-year growth in usage of 50% over the last 10 years while concurrently reducing the cost of data-unit transfers. The cloud’s ability to store and disseminate data has allowed the creation of products that can push information in near real time.

On the topic of time, the next step is 4D. Every object in the database has a time stamp of when it came into existence and when it was entered into Swisstopo’s database. The first point is debatable, however. Take a new train tunnel, for example – does it come into existence upon physical completion, at the official opening ceremony, or the first time a train passes through it? Streilein admits: “This poses a new question for topographic institutes. We’ve chosen the moment to be when the railway company first uses it in its timetables.”

4D comes as no great surprise, but a national mapping agency thinking about the ‘era after maps’ does. Swisstopo has launched a project to gain a better understanding of how the next generation will use geographic information. “Maps are losing their role as transmitter of geographic information,” he states. “We ‘older’ people understand maps, because we learned to use them at school, as scouts, in the military, etc. Today’s young people use GPS-based localization information and want to see realistic images.” Swisstopo is therefore investing in augmented reality so that people using a smartphone or other device will only see real-world images on their screen along with the data they need for a specific task. Today it is still possible to see underlying maps, but in the future users will ask for a photorealistic image of where they are and/or want to go and the information they ‘need’ from organizations related to the objects concerned. Some Federal Spatial Data Infrastructure datasets are currently being transformed into linked data so every object will have a unique resource identifier (URI). Different organizations can connect with it and the user obtains (real-time) information from different sources in one search. “It is not a problem for the database in principle. But we must transform the database into products that the future user needs. That’s the challenge!” concludes André Streilein.

About Swisstopo and André Streilein

Swisstopo, the Swiss Federal Office of Topography, is the national mapping agency of Switzerland, a mountainous country at the heart of Europe spanning a total area of 41,285km2 (15,940 square miles). The agency plays a vital role as Switzerland’s geoinformation centre by collecting, managing and publishing official spatial data. Swisstopo measures, records and documents Switzerland’s landscape and underground structure. It is renowned worldwide for the quality and accuracy of its maps. Other significant offerings include altitude and landscape models, aerial photographs, orthophotos, geological data and maps, as well as internet and mobile applications such as the Swiss Federal Government’s map viewer: map.geo.admin.ch.

Dr André Streilein is head of the department of topography at the Swiss Federal Office of Topography in Bern. Before he joined Swisstopo, he worked for several years as a senior researcher and assistant professor in the field of photogrammetry and remote sensing at ETH Zurich (Switzerland) and TU Delft (the Netherlands). He has a long-standing history in senior positions within various national and international organizations and served as vice-president research of European Spatial Data Research (EuroSDR).