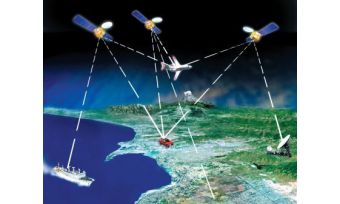 The BeiDou Navigation Satellite System (BDS) officially started providing its service to the Asia-Pacific region on 27 December 2012. Its regional service capability is equal to that of GPS. As the third global navigation satellite system, BDS has attracted considerable attention around the world, and the orbiting satellites and ground stations continue to work well. Technical evaluations and practical tests involving various user devices have proved that the BDS is functioning as designed, and in line with requirements. China regards BDS as an important driving force, representing new opportunities for the GNSS and LBS industries, and is keen to promote the use of BDS by Asia-Pacific countries. Application projects in many different fields are currently underway in various regions of China.

Navigation satellite systems are a key part of the geospatial infrastructure. Reflecting the importance it attaches to the construction of such infrastructure, China began to explore ways to build a navigation satellite system with its own intellectual property rights in the 1970s. A Chinese scientist put forward the concept that two geostationary satellites were capable of positioning for a region in 1983. In 1989, tests proved that the concept was workable. In 1994, the Chinese government approved the BeiDou Satellite Navigation System programme, and the first satellite was launched in October 2000. December 2003 saw the first generation of the BeiDou navigation satellite test system, with three satellites in orbit, put into use for domestic users. China had become the third country in the world capable of developing a navigation satellite system, after the United States and Russia. The test system was applied in surveying, communication, transportation and maritime activities, as well as for forest fire prevention, disaster relief and public security, and delivered satisfactory results. In April 2007, the first satellite of the BeiDou Navigation Satellite System (second generation) was launched. From 2009 to 2011, nine satellites were put into orbit successfully. The system began to provide service to China and its surrounding area for test operation on 27 December 2011, and six more satellites were launched in 2012. Finally, on 27 December 2012, the BeiDou Navigation Satellite System was officially in full operation, providing service to the Asia-Pacific region.