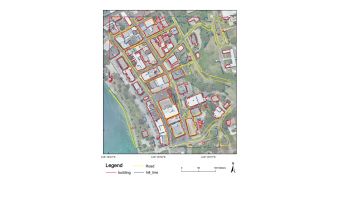 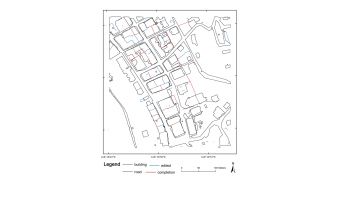 Proponents of the new era for land administration argue that countries must explore alternatives to accelerate land administration completion. As an example, fit-for-purpose land administration is based on the use of printed imagery, community participation and hand-drawn boundaries. Digital solutions then convert the generated analogue data into useful digital information. However, the approach is manually intensive, and simple automation processes are continually being sought to cut time and costs. One approach gaining traction is the idea of using image processing and machine learning techniques to automatically extract boundary features from imagery – or point cloud data – prior to even entering the field. The approach could speed up activities both in the field and in the office. Read on for insight into the ongoing developments.

The feasibility of using point cloud data to support fit-for-purpose land administration is being actively explored. Building from early investigative work undertaken in The Netherlands and the related domain of 3D cadastres, a workflow for semi-automated extraction of cadastral boundaries from airborne laser scanning (ALS) data was developed and trialled for urban and rural areas in Port-Vila, Vanuatu. The site was selected because recently collected point cloud data, orthoimagery and also a cadastral parcel map were already available. This would enable comparison of the automated outputs against ‘real’ cadastral data.

An initial statistical analysis revealed that around 80% of cadastral boundaries in the study area ‘double’, ‘align’ or ‘overlap’ with topographic or visual objects. Specifically, in dense urban areas, road edges and building walls coincide with the majority of cadastral boundaries. In suburban areas, hedgerows and constructed fences played an important role in marking a parcel border. Therefore, constructing a map that depicts these features could contribute a lot to expedited cadastral mapping.

A semi-automated workflow was developed that focused on extracting digital representations of the physical objects according to the morphology of parcel boundaries. First, points were classified into semantic components. The outline of planar objects, such as building roofs and road surfaces, were then generated using the α-shape algorithm. Centrelines delineated from the approach were fitted into the lineate objects or fences. A manual post-refinement phase was used to ‘tidy up’ the output.

Afterwards, the workflow performance was quantitatively evaluated by comparing it against the reference cadastral map. The workflow achieved a promising result: around 80% completeness and 60% correctness on average (an aggregation of the results from several study areas). That is, around 50% of the parcel boundaries were successfully extracted. Even at these levels, it can be expected that a semi-automated extraction workflow could greatly speed up cadastral mapping – although better quantification of the post-refinement time and cost is needed.

Working with the workflow, a rudimentary parcel map can be created within several hours. If one brings the algorithm-generated parcel map to field for verification, only incorrect boundaries need to be digitised afterwards. However, the spatial accuracy of this workflow is still modest; most steps of the workflow introduce errors. Moreover, the workflow is context-specific; it is highly dependent on the amount of alignment between cadastral and visible boundaries. It may not be suitable for irregular areas such as those found in dense urban slums, pastoralist landscapes or places where traditional livelihoods prevail.

The most significant advantage of the use of point cloud data over aerial imagery is the ability to penetrate through a vegetation canopy. This contributes significantly to fence line extraction. Fences are widely used as cadastral markers but are often invisible in aerial images. Another strength of using point cloud data is that it provides height information: point cloud data can provide high-accuracy XYZ measurements. Height often plays an important role in object recognition and this could be highly useful in the cadastral domain where boundary features are often at regular heights, such as fence lines, hedgerows or treelines.

The level of detail that point clouds provide is dependent on the point density. Extracting small objects such as the fences occurring in the test site required a high point cloud density. However, a higher point density also means a larger dataset size to deal with, plus higher data acquisition costs. This is considered a key disadvantage of the approach, particularly in developing contexts where cost is the primary concern.

The output generated was considered rather undeveloped and could be improved with the addition of several constraints and additional processing. For example, an overly ‘zigzag’ look is evident for many of the generated lines. For road lines, calculating and enforcing a fixed width could remove the unwanted effect. In addition, when generating building outlines, the workflow only considered XY coordinates. If the α-shape algorithm was extended to 3D, closed roof planes could easily be separated by height. Moreover, combining the point cloud data with multispectral images could enrich the spectral information and would assist point-based classification. Further to this, an object-based approach could be used to investigate the relationship between objects and parcel boundaries. In urban areas, cadastral boundaries tend to be close to a building outline, whilst in suburban areas cadastral boundaries may evenly partition an area. These parameters could be taken into consideration for predicting parcel range and location by means of machine learning. The post-refinement phase is also considered time consuming, but could be automated by integrating these activities into the automated line generation processes. For example, simple topology checks and line simplification algorithms could be embedded into the automated workflow. This could significantly reduce the time and cost involved in the post-refinement phase.

The authors wish to acknowledge the support of Government of Vanuatu (Paul Gambetta and Brian Phillips), Land Equity (John Meadows and Kate Rickersey), and the CRC-SI in helping to source and make available the data underpinning this work.

Xianghuan Luo is a PhD candidate in The Hong Kong Polytechnic University. She got her MSc degree in Faculty of Geo-information Science and Earth Observation (ITC), specialised in Land Administration.

Nathan Quadros manages the Rapid Spatial Analytics research program at the Cooperative Research Centre for Spatial Information in Australia. He has experience in leading major remote sensing projects across Australia and Asia-Pacific.