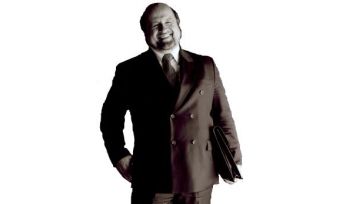 A radical reappraisal of attitudes to the developing world is required of the geomatics profession. This is the view of Hernando De Soto, author of The Mystery of Capital, who in this interview offers GIM readers detailed insight into his concept of land registration for the poor. Land registration as means of escape from poverty is the major premise of De Soto, one of the foremost thinkers of our age on informal economy. Originally an economist, and president of the Peruvian Institute for Liberty and Democracy, he has shaped current thinking on land registration and its positive outcome for the poorest of the world. He shares his views at geospatial conferences all over the globe, and is presently working on two new books incorporating reflections on the world financial crisis, causes and outcomes, as well as ways to prevent a repeat performance. Publisher Durk Haarsma spoke to De Soto during a break from his hectic schedule, a peaceful writing retreat in Cornwall.

What has been the biggest change in your thinking since The Mystery of Capital?
I still think that land registration is the starting point for people to escape the poverty trap. I am putting much more emphasis now on linkage to institutions that need to secure the value of titling. It's not just land recordation anymore, but also tying it to the whole system of a land or region. Awarding disproportionate credit to property created the bubble that when it burst produced the present recession. I therefore recognise a need for implementation of precise accountability for what is worth what. If you do not record adequately, the bits of paper get out of control. So we need rules or standards to keep track of the paper. That's something we need to organise at supranational level in the future. This goes for both the developed and the developing world, especially the latter; recordation before we even start discussing regulation. Together with that we have to focus on adjusting systems to local conditions.

What is the state of the art nowadays in the developing world?
Good titling has been implemented in a few places over recent decades: Malaysia, South Korea and Japan are examples of places where systems have been put in place that work for the benefit of the citizen and their economic welfare. As a result these countries have moved into the ‘highly developed' bracket. But bad titling continues in two thirds of the world. Bad titling means that a title is neither related to maps or registries nor backed by law and so plugged into the financial system. In my home country of Peru we have just discovered that the grounds of the presidential palace are owned by an indigenous tribe that lives 90 miles away from Lima. At least, there's a piece of paper that states so; but the bit of paper isn't linked to any system whatsoever. What does this mean in terms of backing up the title? This sort of standalone titling is not sustainable over time.

Does the Western world, where almost everything is recorded, provide an example for the developing world?
There's no simple answer to that. It is one of the major strengths of the Western world that everything is recorded, which naturally instils trust in the existence of properties so documented. It makes easy the creation of wealth. In the developing world the majority of property isn't recorded, leading to territorial conflicts like that in Darfur, but it also results in a large population of poor people with no access to the formal economy. So again, everything starts with recordation. We have to start from there and take things on to the next level.

What will the cadastre of the future look like?
Because titling is often not linked to financial institutions or backed by the law, that is what we need to work towards. We have to realise that recording isn't just about registering, but about linking. Titling needs to be interactive and interchangeable. People in the developing world are migrating at a pace previously unknown. We need to make sure that when there is a change in ownership of a property we are able to register the new owner; there needs to be a firm base for registration. And, most important, this needs to incorporate local and regional habits and traditions, together with the existing social contract. Almost like a cadastre with ‘couleur locale'.

What does this require from surveyors in the developed world?
The notion that simply laying the template used in the developed world on the developing world won't work. As soon as a Mexican crosses the border into Arizona he wants to be listed in the telephone book, whereas back in his home country he would have found such a thing absurd. In order to resolve poverty we need to change the culture in such a way that everyone wants to be in listings like phonebooks and cadastres to ensure a way out of miserable living conditions. Here we are so used to the fact that property is registered that we never give it a second thought; in other parts of the world the reverse is true. This difference in culture can only change gradually and from the angle of the developing world. It's also important that we rid ourselves of the idea that other people are disinterested in being registered in a system. They know, looking at the Western world, that registration means entrance to the world of capital, but at the same time they want to preserve their own identity, their cultural background and roots. Step one for us is to understand this and start at the right level. Step two comes next.

You've mentioned how fast people are moving about; rapid urbanisation, favelas or townships, there is great volatility in settlement. How to deal with this?
We have to take into account this kind of migration. Not look at the situation and sit and think ‘these South Africans are so different from the Dutch, they don't stay put in the same place', but rather acknowledge that South Africans are just like the Dutch, only sometimes just don't know where they should stay put. Factored into an indigenous land-registration system must be the fact that in 25 years' time 90% of the population won't be living in the same place. Make sure that land is recorded and ownership of a property can change.

Who will be the most important parties in structuring this land registration of the future?
Politics is of course the prime driver for implementing new and successful land-registration systems in the developing world. Demand for maps always comes from the authorities.
We at the Institute of Liberty and Democracy consider governments our natural partner, and we have been called upon in more than thirty countries to look at the possibilities for setting up a land-registration or titling system. But our mission is purely intellectual. To put the fruit of these discussions into practice we need the geomatics industry as booster.

What does the geomatics industry need to do to make possible optimum cadastre for the developing world?
The biggest challenge for manufacturers is to bring into the system, or incorporate in the software differences in tradition, culture and history. Software that works in Amsterdam won't necessarily work in Jakarta. If software used in the developing world could anticipate the process from local symbols and historical geographical references to the standardised and globally accepted methods of geographical reference, it would be a major step. This is something we realised about year ago: using land-registration software with a local component is key! And of course, making it local means more than just translating it into the indigenous language. All developing countries will achieve a land recording system over the next eighty years - but why don't we do it in twenty?

Are manufacturers already thinking about incorporating this local component?
A few years back, I would have said ‘no'. At the same time I would have thought, what do ‘mapmakers' know about bringing non-graphical information into software. But software has become much more flexible. Since last year we have been talking to a few companies about the realities of putting non-graphical information to work in mapping software. It's an amazing and challenging discussion. But implementation of these ‘smart' land-registration systems will be vital for the future of the geomatics business and to the aim of reducing poverty over huge areas of the developing world.

State of the Art in 3D City Modelling
Latest article