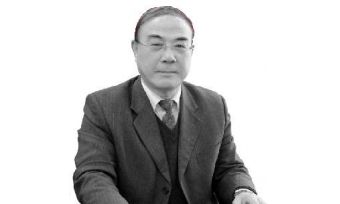 Having led the famous Wuhan University, home to the world's biggest geomatics faculty, from 2003 to 2008, professor Liu Jingnan is one of the most respected Chinese academics in geodesy and satellite positioning applications. Besides that, he has also been in charge of China's National Engineering Research Centre for Satellite Positioning Systems. Liu Jingnan shares his views on the rapid development of geomatics in China and his country's future role in the industry with GIM International.

Can you tell us about the history of the famous surveying university in Wuhan, which you headed up?

In 1956, the Chinese government established the Wuhan Institute of Surveying and Mapping. In 1958, the running of the institute was taken over by the State Bureau of Surveying and Mapping (SBSM) of China. It was granted national status as a key university in 1978, and was authorised to be one of the first academic departments able to confer Master and PhD degrees in 1980. In 1985, it was renamed as Wuhan Technical University of Surveying and Mapping (WTUSM). From 1956 to 2000, WTUSM educated over 20,000 undergraduates, some 2,000 master degree students and around 100 PhD students. Some of them have gone on to become the leaders in the fields of geodesy and geomatics in China. More than 50 of them have since been appointed as professors in Europe, America, Australia and Japan. Nine particularly outstanding alumni have been elected to be academicians in the Chinese Academy of Science and the Chinese Academy of Engineering. In the Wuhan surveying university, there are two national institutes. One is a key laboratory engaged in remote-sensing information engineering, and the other is a research centre focusing on satellite positioning and navigation. In August 2000, to comply with the state policy of educational system reform, WTUSM was merged into the new Wuhan University, which is a renowned comprehensive university in China. WTUSM (currently known as the School of Geodesy and Geomatics of Wuhan University) has been regarded as the ‘capital of surveying and mapping education' by many famous researchers around the world.

How many students does the School for Geodesy and Geomatics have right now?

How many geodesy and geomatics specialists graduate from your university every year? And in the whole of China? Are these numbers on the increase?

How would you describe the professional future of a young surveyor, GIS specialist, photogrammetrist or remote sensing specialist in China?

The future of a young geomatics specialist is bright. As we all know, China is the largest developing country in the world. There are a lot of opportunities in the geomatics field for the young and talented. Information on maps soon becomes obsolete as new roads are built and towns and cities expand. In 2005, for instance, China built the equivalent of 7,000 km of new highways, which illustrates the need for maps and surveys to be continually updated. Since China's infrastructure is changing on such a massive scale, the rate of data obsolescence on maps is much higher than in western countries; in Beijing, for example, the annual rate of data obsolescence is 30%. China's rapid pace of development has not only created many economic opportunities, but also brought many social and environmental problems. Natural resource exploitation, environmental pollution and the high frequency of disasters have imposed limitations on China's development agenda. Geosciences and geomatics play an important role in all of those issues. Graduates in the specialties of geosciences and geomatics have never been in such high demand as now, and geosciences and geomatics are the most popular of all the engineering specialties nowadays. It is easy for a young surveyor, GIS specialist, photogrammetrist or remote sensing  specialist to find a satisfying job, whether in a government department, a company, an institute or at a university - there are plenty of options for turning their profession into a successful career.

How would you describe the outlook for Chinese geomatics in general?

Three large user groups are involved in the geomatics field: government departments, all kinds of industrial communities, and the emerging group which comprises companies and individuals. Governments focus on sovereignty, territory and public security as well as the planning and management of urban resources. It is the largest group in terms of demand for geomatics. Moreover, governments are the initiators of geomatics-related laws, policies and development plans. SBSM of China has formulated a geomatics development plan for the next five years as well as a medium-term development plan up until 2020. The first goal of both plans is to realise ‘digital China' by establishing local databases of fundamental geographic information about cities and towns in all of the country's provinces, which will then form the basis for a national database and sharing platform. The second goal is to monitor and analyse the geographic state of the country. The third goal is to further the development of the geomatics industry. The fourth goal is to complete several key geomatics engineering projects: constructing the Compass system, which will offer services to customers in the Asian-Pacific region by 2012 and on a global level by 2020, thus providing high-quality, open services free of charge for users worldwide; launching a series of multi-spectral and microwave mapping satellites with different resolutions; establishing the national, new-generation reference frame by connecting the CORS systems of all the provinces in China; and improving the public geographic-information sharing platform known as ‘Map World'.

What have been the most remarkable achievements of Chinese geomatics in the last decade?

Chinese geomatics has developed very rapidly over the last decade. The major achievements during the period of the two most recent Five-Year Plans (2001-2010) have been as follows: the completion of the 1:50,000 national basic geographic information database; completion or update of a group of 1:10,000 provincial-level and large-scale basic geographic information databases at municipal-level and county-level; a large-scale geodetic survey of Mount Everest and measurement of the elevation of Mount Everest; and the project named ‘1:50,000 Topographic Mapping of Blank Areas in the Western Region' which received funding from the Chinese government to the tune of USD240 million in 2005.

From 2000 to 2006, the geomatics market in China enjoyed a compounded annual growth rate (CAGR) of more than 25%. Going forward, the market will continue to grow at this impressive rate. As recent as 1996, there were no more than 20 GIS companies in China, and most of them were linked to research institutes and universities. Yet by the end of 2006, there were at least 1,000 GIS companies in China. It is estimated that more than 20,000 government agencies and companies are engaged in the geomatics industry, with the total number of employees exceeding 400,000 and production value reaching CNY100 billion in 2010.

In July 2006, SBSM of China, in its ‘Outline of the 11th Five-Year Plan (2006-2010) for National Economy and Social Development', released plans to accelerate the construction of infrastructure and facilities for surveying and mapping, to develop fundamental geographic information resources and to further develop the geomatics industry.

Satellite remote-sensing application systems have been put into regular operation in many important fields, such as mining, surveying, agriculture, land mapping and regional and urban planning. They are playing an important role in the nationwide land resources survey, ecological construction and environmental protection as well as in major state projects.

The second generation of the Beidou system, known as Compass or Beidou-2 and consisting of 35 satellites, is still under construction and will be a global satellite navigation system. The regional system will be put into test operation in October 2011 and is planned to be in actual operation by October 2012. For now, nine satellites of the regional system can perform relative positioning with cm-accuracy and kinematic positioning with 10m-accuracy.

We are seeing many manufacturers emerging from your country. What impact is Chinese geomatics having on the world of geomatics?

In previous decades, Chinese geomatics manufacturers were mainly in the phase of introducing and learning advanced technologies from western countries. They manufactured total stations and digital levelling instruments with independent properties, and they manufactured GPS receivers using OEM boards introduced from abroad. They also began to develop some digital photogrammetry and remote-sensing software. Such hardware and software products were not only widely used in China but also gradually entered the international geomatics market. Due to the reasonable pricing levels and acceptable quality, those products have had a certain impact on the international geomatics market. Since the Chinese government encourages independent innovation, Chinese manufacturers are increasing their R&D investment as much as possible and moving ever closer to the phase of manufacturing products with thoroughly independent properties and as a result of entirely independent innovation. Some Chinese manufacturers already have the capability to produce GNSS receiving chips of different types from RF to basic belt as well as geodetic receivers that can capture GPS, GLONASS and COMPASS signals. With the publication of mapping satellite images of China, I believe that the contribution of Chinese geomatics products to the world at large will only increase.

Do you see specific fields in which the Chinese geomatics industry or research has already taken the lead?

What do you expect to be the most challenging factors in the field of geodesy and geomatics in the near future?

In my opinion, there are several aspects that present challenges. First of all, the need to monitor and recognise long-term global changes, such as plate movement, climate-change trends, CO2 emissions, interaction between hydrosphere, atmosphere and biosphere, etc. Secondly, the need for real-time monitoring of dynamic global changes, such as earthquakes, volcanic eruptions and typhoons. Thirdly, there is the need for real-time provision of geospatial information about environmental changes due to natural or artificial influences and about incidents and emergencies such as natural disasters. And then, due to the enormous growth of the role of the internet, mobile internet and social networking services (SNS) in everyday life, there is the need for real-time or rapid identification of location-based information and intelligent processing of massive amounts of information. Finally, there are demands created by key large-scale projects arising from humankind's urge to understand the natural world, such as the Large Hadron Collider project and planetary exploration. All of these factors present not only challenges, but also valuable opportunities and demands which stimulate innovation and progression in terms of theories, technologies and methods in geodesy and geomatics.

What, in your view, have been the most important developments in geomatics so far?

In my opinion, the most important development of geomatic technology that has occurred in the last thirty years is the emergence of GNSS, GIS and RS. Moreover, the development of technologies in terms of computers, sensors, telecommunication and software as well as their applications has dramatically boosted the progress of geodesy and geomatics - which have already achieved real-time and automatic processing and are now moving towards intelligence and networking. The advancements in geomatics technology have greatly influenced our daily lives and social activities, as well as increasing workforce productivity and innovation. Geomatics solutions play important roles in all disciplines which depend on location-based information, regardless of whether that information comes from space-based satellites, seaborne or airborne sensors, or ground-based instruments.

Do you have a message for the readers of GIM International?

China currently views location-based services (LBS) and the geographic information industry as an emerging industry of strategic importance, and there are many favourable policies in place to support further development. Moreover, since there is such a large demand for geomatics in China, the country offers many opportunities in the field of geomatics. China is keen to widen its cooperation and communication with international geomatics communities. Wuhan University has access to considerable educational and research resources in geodesy and geomatics, and has already been involved in collaboration with over 100 universities and institutes from more than 90 countries, in the form of student exchanges, the education of foreign students and scientific research projects. International academic conferences are also frequently held at Wuhan University. I hope that the readers of GIM International will take the opportunity to visit us and discuss how we could potentially cooperate in the future.