Family Business at the Forefront of Processing Photogrammetry - 28/11/2018 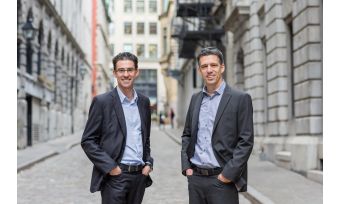 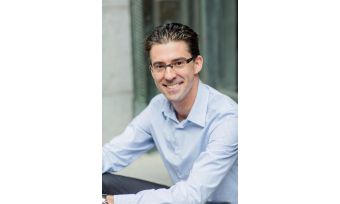 SimActive is a leading developer of photogrammetry software. The Canadian company, which was founded by two brothers – Louis and Philippe Simard – in 2003, celebrates its 15th anniversary this year, which gave 'GIM International' a good reason to touch base with geomatics entrepreneur Philippe Simard. In this interview, he talks about the recent developments in digital photogrammetry, the company’s flagship product Correlator3D, automated classification of point clouds, the influence of drones in the democratisation of photogrammetry and mapping, and much more. Read on for the latest insights into the processing of geospatial data.

Like Bentley and various other companies in the geomatics industry, SimActive is a family business. You have an academic background and hold a PhD in computer vision. What were your main reasons for establishing a company back in 2003, and what do you regard as the main advantages of operating as a family business?

My brother and I were raised in a family of entrepreneurs and always dreamed of starting our own business together. We both had a background in computer vision and saw an opportunity to apply our knowledge to photogrammetry. The Canadian Department of National Defence was involved in mapping Afghanistan using digital cameras, which were new in the industry back then as traditional film was still the norm. They were looking for software that would be fast, precise and – most importantly – easy to use compared to traditional photogrammetric tools, because teams were being replaced every six months. We won the contract to develop such a new technology and the Canadian Army ended up being the first user of Correlator3D. Now, 15 years on, my brother and I feel the biggest advantage of working together is that we can be blunt with each other if necessary.

Many companies in the field of digital photogrammetry offer the same type of processing software, i.e. from aerotriangulation (AT) up to the creation of digital terrain models (DTMs), 3D digital landscape models and 3D city models. What sets your solutions and services apart?

With the rise of drones (unmanned aerial vehicles or UAVs, Ed.), there have been several new entrants in the industry. Our software offers a higher-end solution for photogrammetric requirements. Because it was originally developed for large-format aerial systems, it embeds rigorous algorithms to consistently generate results with higher accuracies throughout projects. Also, it offers advanced automation capabilities with scripting facilities and a command-line interface. Large datasets (e.g. 20,000 images at 250MP each) can be processed in one batch on a single standard PC, with timings varying linearly with the number of images. Rival tools competing on that aspect show exponential timings, forcing users to divide large projects into several smaller parts or to invest in cost-prohibitive hardware setups.

One of the distinguishing features of Correlator3D is its high processing speed. Is this because of the smart implementation of semi-global matching (SGM) to enable the creation of very dense photogrammetric point clouds, or are there other provisions?

For some reason, SGM algorithms seem to draw the most attention from users when talking about the generation of point clouds. In practice, while they are an important aspect, they represent only a small fraction of implementing an autocorrelation module. Correlator3D algorithms were designed to be easily parallelised on hundreds of processors. This has made it possible to port them on graphics processing units (GPUs), as opposed to using CPUs. We introduced the first GPU-powered AT and DSM (digital surface model, Ed.) generation engines in the industry, enabling severalfold increases in processing speed.

Can you tell us more about the major design principles of Correlator3D?

Our software was inspired from one basic principle: simple is powerful. When we started developing the product 15 years ago, the available photogrammetric software required days – if not weeks – of personal training. Thus, our goal has always been to design solutions that would be simple, but that would still provide all the means to control the quality of the results. As such, the software builds on a modular approach where the user performs one operation at a time and controls the quality of the results at each step. For example, aerial triangulation is done first and the quality of the overall data is assessed and improved as necessary using built-in tools. Then, a DSM is generated, a DTM is extracted and elevation data can be edited interactively. Lastly, orthophotos are created along with a mosaic, seam lines can be visualised and modified as well, and overall colours can be adjusted.

What were the main hurdles to overcome in the design, operationalisation and commercialisation of Correlator3D?

One big advantage of the software is that it can support any type of imagery gathered by aircraft, satellites and drones. Such datasets differ greatly both in size (from 5MP for a drone image up to 2,000MP for a satellite photo), in nature (colour, panchromatic, infrared, multi-spectral) and the way they are collected (pushbroom cameras, multi-sensor setups, consumer-grade cameras, and so on). It represents a big technical challenge to come up with unified algorithms as well as a single processing interface. Users also have different requirements and expectations. As a company, we were able to not only overcome these technological challenges, but also to successfully market our product worldwide for such a great variety of applications.

Automated classification of point clouds, created from both laser scanning and photogrammetry, is a very active research area. Are you working on extending your software in this direction?

We always have been a pioneer in the classification of point clouds, especially on the extraction of DTMs from DSMs. While Lidar data provides first and last return information which greatly facilitates the extraction of a bare earth model, photogrammetrically derived DSMs only contain geometric information. Correlator3D includes a module for automatic DTM extraction, and also features manual tools to further help the classification. We are continuously improving these functions based on comments from users, and the feedback has always been that our offering in that regard is unique in the market.

Which applications and users did you have in mind when designing your software in the initiation phase?

As I mentioned earlier, the requirements for the software came from the Canadian Army, so military users definitely provided the initial inspiration. Such clients are very demanding in all aspects, but especially in processing speed and quality of results. We also had early adopters in the surveying and mapping industry. First and foremost, such users need absolute accuracy, as the map products they deliver are utilised for applications such as engineering. In all these cases, the sensors used were medium/large-format camera systems up to 250MP.

How would you describe the present user base of SimActive software?

We have thousands of users in over 100 countries across the world. They include government agencies like the US Army Corps of Engineers, the European Satellite Centre, Ordnance Survey and the National Geospatial Agency (NGA). We also serve large companies in various fields such as Chevron, Boeing Insitu, AeroVironment and BHP. Our traditional client base comprises firms that conduct flights using aircraft with in-built sensors, such as Sanborn, KKC, Atlantic Group, Wantman Group and Optimal Geo. With the rise of drones in the last few years, we have also seen exponential growth in the number of small firms using our software.

Open source seems to be the new paradigm for many software developers all around the world, and especially those operating in an academic research environment. How is open source affecting your business?

There has indeed been a rise in open-source solutions, especially GIS software for viewing geospatial data. However, they are not popular in photogrammetry because of the complexity of our field, and there has been no impact on our sales. Users are not only looking for software tools, but also for advanced technical support. For example, we advise users on how to collect data to optimise results. We also help in establishing efficient workflows and integrating our software into their processes. And if they encounter issues in projects, we analyse their situation and make recommendations.

Since the introduction of the first digital photogrammetric camera in 2000, photogrammetry has made some fascinating advancements. Which societal and technological developments will further boost photogrammetry in the next five years?

Drones have had a significant impact on technology in the last few years and are continuing to do so. They have contributed to the democratisation of photogrammetry and mapping, making it easier for neophytes to get started. This revolution will keep happening, with photogrammetry becoming more and more accessible. Surveying projects using imagery used to take weeks, if not months. With the advancement of technologies, turnarounds are becoming much faster, enabling drone data to be collected in the morning, processed in the afternoon and delivered by the end of the day.

Which knowledge and skills do you expect from young technological professionals who want to build a career within your company?

Our team is growing rapidly and we are always looking for talented people. On the R&D side, we tend to hire engineers with a background in computer vision or artificial intelligence. This gives us a different point of view than photogrammetry, and being able to see things differently translates into innovation. On the sales side, being in a highly technical field, we recruit smart people who are not only able to handle business aspects, but can also understand the technology side and guide clients in the purchase process.

Do you have a final message for the geospatial community?

Collecting image data using drones, satellites or aircraft will keep getting easier in the years to come. But the real challenge will continue to be the quick and efficient processing of huge amounts of data. This has always been our focus at SimActive and we feel the role we play in the industry can only keep growing.