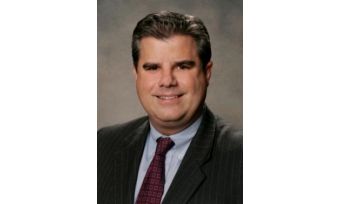 In the past the only people who knew where we were at any given time, were the people who saw us there and the people we told. This is changing due to geo-information and it makes some people very uncomfortable. It is to be expected that this change will result in some fundamental amendments to privacy laws, says Kevin Pomfret, executive director of the Centre for Spatial Law and Policy. He shares his thoughts on developments in these privacy regulations and their potential impact on the geospatial community with GIM International.

Can you tell us more about the main focus of the Centre for Spatial Law and Policy?

The primary focus of the Centre is educating government and industry on the legal and policy issues that impact the collection, use and distribution of geoinformation. Such education is intended to result in consistent, transparent and well-reasoned legal and policy frameworks. Some of these issues are rather obvious, such as directives relating to spatial data infrastructures. Others are less obvious, such as laws and policies with respect to privacy or data protection that define location information as personally identifiable. Unfortunately, the legal and policy communities are lagging far behind the technology community, particularly with respect to geospatial technology and applications that use location and other types of geoinformation. Moreover, these issues are not taught in law schools and, until now, there has been no central source for keeping up with relevant legal and policy developments.

Which geographical territory does the Centre cover, and what is its technical mandate?

The Centre is based in the USA, but it is focused on developments around the world. Moreover, these issues cut across various legal disciplines and technology platforms. As a result, they are as relevant to a commercial satellite imaging company as they are to mobile app developers that utilise location information, or to a GIS department within a government agency. Each is struggling – or will soon be struggling – with these issues. The Centre is trying to help industry and government get ahead of the issues before they begin to hinder the potential of this technology.

Do you have counterparts in other parts of the world?

Not directly. There are several universities around the world with professors and researchers that focus on various aspects of these issues, and the Centre works with them whenever possible. However, as far as I know, there is no organisation with the same objectives as the Centre for Spatial Law and Policy.

Are US privacy regulations, at either state or federal level, obstructing significant further developments in the geospatial industry?

Currently there are no privacy regulations, or federal/state laws and policies, which are obstructing further developments. However, there is a great deal of uncertainty surrounding geoinformation and privacy, and that is having an impact on the industry. For example, in the state of New York, a local government agency stopped using commercially available satellite imagery to identify households which had not obtained a licence to build a backyard pool due to privacy concerns expressed by the media and public. Similarly, there are conflicting decisions from different jurisdictions in the United States on what approval law enforcement must obtain before collecting geo-location information on potential crime suspects.

The full interview is online at http://member.gim-international.com. Please subscribe for free using the Subscribe button in the left hand column.