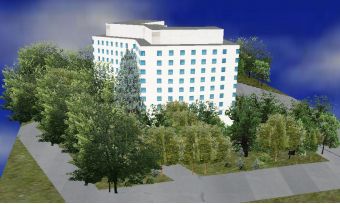 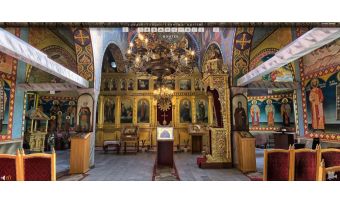 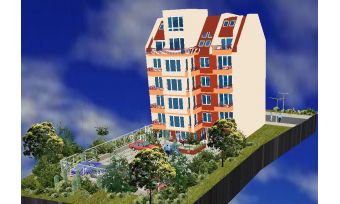 The rapid developments in the fields of photogrammetry, laser scanning, computer vision and robotics provide highly accurate 3D data. 3D models that can be created from such types of data are extremely effective and intuitive for present-day users who have stringent requirements and high expectations. Depending on the complexity of the objects for the specific case, various technological methods can be applied. Read on for a comparison of three technologies, based on real projects, including an assessment of their suitability for web-based visualisation of numerous objects of interest.

3D visualisation and proper documentation of cultural objects helps to preserve the history and memories of historic buildings, archaeological sites and cultural landscapes, and supports economic growth by stimulating cultural tourism. Therefore, preservation, visualisation and recreation of valuable historical and architectural objects and places has always been a serious challenge for specialists in the field. However, there are some clear problems that specialists face regarding 3D modelling of cultural heritage objects, such as: proper selection of technology for image acquisition and post-processing, automation of the image-matching procedure, visual and metric quality of the final product, and proper documentation. Low-cost solutions with up-to-date fit-for-purpose technologies are considered suitable for 3D restoration, documentation and visualisation of cultural heritage. Therefore the author compared three technologies in terms of their visual and metric qualities during projects located in Bulgaria – a country with thousands of years of history and cultural heritage spanning several ancient civilisations.

3D image-based modelling using handheld cameras is a technique that has been used for various types of objects for decades. For the image acquisition stage, the correct sequence of capturing the images and the proper selection of the capture angle are essential. The images should fully cover the object of interest, which also means that it would be beneficial to have more than the minimum required number. In practice however, especially in highly populated city centres, not everything can be achieved perfectly due to occlusions, reflections of facades with dominant glass coverage, shadows, etc.

For the first test area, the camera used for acquiring the images was a low-cost 20 megapixel non-metric CCD digital Canon IXUS 175 camera which was self-calibrated. For full coverage, between 30 and 70 images per object were needed. Post-processing and 3D modelling was done using AGK Visual Reality from Autodesk. For virtual representation the 3D models were exported in the *.wrl format and visualised via Internet Explorer. In the project, the central part of the city of Sofia was modelled. One of the buildings together with its surroundings is shown in Figure 1. The overall task of 3D models, namely to reproduce reality in a realistic way, was achieved and it was therefore concluded that the visual accuracy was sufficient. However, differences in colour homogeneity, reflective surfaces and shadows affect the overall visual qualities of the 3D models obtained. In this test the metric accuracy of the final 3D models varied from 1m to 3m.

The aim of the second test was to assess the suitability of spherical photogrammetry for photorealistic visualisation of not only one but many important touristic objects simultaneously and to represent them with additional geospatial information in one interactive web portal. The selected historical objects are located in four municipalities in the central part of Bulgaria. Images were acquired with reflex cameras, the Nodal Ninja 5 R plus D16 Rotator. The image acquisition and subsequent web-based visualisation of the selected objects was organised into six thematic, touristic routes (museums, churches, nature, etc.) because the aim was to integrate as many touristic objects from the region as possible. For this reason, a handheld GPS (Garmin) was used for determining their geographic position. To integrate various types of information such as plane and spherical images, maps, sound and video into a single web portal, TourWiever7 software was selected. The overall web portal and each button and menu were designed independently using CorelDraw (Figure 2). The metric qualities of the spherical images were assessed using digital monoplotting for some selected objects where tape measurements were available for reference. In the central part where no distortions were observed the planimetric difference of similarity transformation between the obtained mosaic and the control points was 0.1m for curved objects and 0.01m for planar ones. The final result can be accessed here.

For the third experiment in the current study, CAD drawings of a building with a proportionally simple geometry were selected. At the time of the 3D modelling, the building was at the planning stage for construction in the central part of the city of Sofia (Figure 3). AutoCAD and AGK Visual Reality were used for the modelling part. The visual representation for this case depends critically on the experience and personal vision of the creator of the model. This building was actually constructed two years after the planning and modelling were finished, which gave the author the opportunity to make a realistic comparison of the real construction and the model. The achieved metric accuracy of the geometric model was high because all the dimensions were in accordance with the CAD plans. The average error calculated based on several measured distances was 0.01m.

The 3D modelling of cultural heritage objects is a challenging task, from the data acquisition and gathering of all possible input data through to the final phase of visualisation. Based on the comparison of these three technologies for model creation, the author was able to draw conclusions in terms of their visualisation qualities, metric reliability and usage. In the first two experimental cases, the main sources were images (planar and panoramic). For this reason, the final accuracy is directly related to the image resolution. Despite the problems concerning image acquisition related to both methods, when the constraints are known they can be avoided by a proper selection of the equipment, objects of interest, weather conditions, etc. The success of web visualisation directly depends on the number and quality of the images used. In the third example, in which CAD drawings were used as the main source of information, the accuracy is related to the geometrical quality of the 3D model which has been shown to be at centimetre level. For use in tourism, virtual navigation and the demonstration of numerous cultural objects, spherical panoramas – in combination with tours and additional information – have been shown to be a good solution for visual representation. For damaged historical objects or for buildings still in the planning stage, the overall results show that the third test is most suitable since – providing that CAD data is available – the accuracy obtained with 3D-reconstructed models as shown can be high (0.01m). Therefore, they can be useful for architects and prospective clients in representing various scenarios before a building is constructed.

Using low-cost solutions, the three tests proved that image-based modelling and panoramic visualisation are both simple, fast and effective techniques suitable for simultaneous virtual representation of many objects. For obtaining higher accuracy, however, additional measurements or CAD information will be beneficial. Since all of the above-mentioned methods are time-consuming, it would be better for some of the processes to be automated and integrated.

This work was supported by GIS-Sofia Ltd. (http://www.gis-sofia.bg/en), Mapex Jsc.(http://www.mapex.bg/en), Videa Ltd., A. Nishkov and the operational programme for regional development.