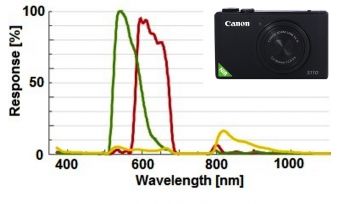 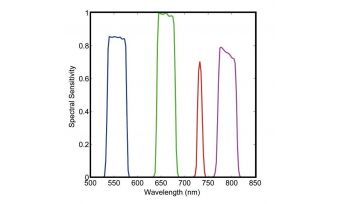 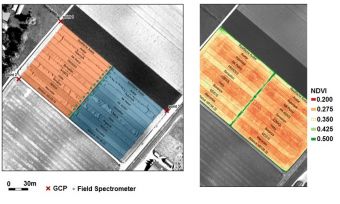 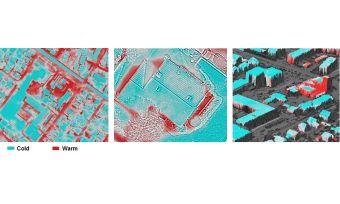 Mini and micro unmanned aerial vehicles (UAVs) in combination with cost-efficient and lightweight RGB cameras have become a standard tool for photogrammetric tasks. In contrast, multispectral and thermal sensors were until recently too heavy and bulky for small UAV platforms, even though their potential was demonstrated almost a decade ago. Nowadays, however, lightweight multispectral and thermal sensors on small UAVs are commercially available. Read more about their capabilities for use in precision farming and heat mapping.

The multispectral cameras and thermal infrared (TIR) sensor in the authors’ performance tests were mounted on an eBee from senseFly. Based in Cheseaux-Lausanne, Switzerland, and founded in 2009, senseFly manufactures fixe-wing UAVs and equips them with customised lightweight cameras developed by Airinov, which is based in Paris, France. Focusing on precision farming, Airinov modifies Canon cameras into multispectral sensors and manufactures the multiSPEC 4C multispectral camera and the thermoMAP thermal infrared sensor. This study tested the Canon S110 NIR and a prototype version of the multiSPEC 4C, both of which are multispectral cameras, as well as the thermoMAP, a TIR sensor.

The lightweight fixed-wing eBee can be operated fully autonomously, requires hardly any piloting skills and is ideal for covering larger areas. The eBee family is marketed in conjunction with customised sensors which can be controlled by the autopilot of the fixed-wing UAV. The Canon S110 RGB is a low-cost colour camera, the Canon S110 NIR and S110 RE are low-cost multispectral cameras while the multiSPEC 4C is a high-end system. The Canon multispectral cameras are equipped with modified Bayer colour filters – instead of recording blue, green and red, the green (G), red (R) and near infrared (NIR) bands are captured. Just one lens is needed resulting in precisely co-registered spectral channels with overlapping spectral sensitivities (Figure 1). In contrast, the multiSPEC 4C has four lenses and four monochromatic CCD sensors; the colour separation takes place at the optical units via band-pass interference filters with well-defined central frequencies and bandwidths (Figure 2). A zenith-looking panchromatic sensor enables the images to be normalised. Table 1 provides details of the above-mentioned sensors.

Table 1, Main features of the sensors in the tests.

Test fields of the Agricultural Centre Liebegg (AG, Switzerland) with different crops were captured by the Canon S110 NIR and multiSPEC 4C. A rape field was flown aimed at determining optimal harvesting time and crop yield estimates related to species and treatment. A second study captured several fields, including:

In each field, three to seven ground control points (GCPs) were established with a horizontal and vertical point accuracy of 2cm.

A total of 24 flights were carried out, each lasting 20-40 minutes and capturing 40 to 900 images, each with a ground sampling distance (GSD) of between 2.5cm and 10cm. The multiSPEC 4C prototype showed some limitations due to its reduced sensor dimensions and resolution and high power consumption. The processing of the imagery was done with the standard software Postflight Terra 3D and included:

The processing of MultiSPEC data was preceded by a radiometric calibration of the individual channels, carried out using images of a calibration table. The accuracy (1 sigma) of the image orientation was 0.2-0.3 pixels, equivalent to 1.5-4cm in object space.

The multiSPEC and Canon S110 NIR images were compared with data captured by a calibrated portable field spectrometer, which records the range of 360-1000nm with a spectral resolution of 3.3nm and features a zenith-directed reference channel. As the normalised difference vegetation index (NDVI) is based on reflectance ratios [NDVI = (NIR – R) / (NIR + R)] no calibrated or normalised reflection values are needed. The NDVI ranges from -1 to +1. On average the NDVI values of the multiSPEC 4C deviate by -0.04 from the reference values. For the S110 NIR sensor the average difference is -0.260. This large value is caused by the overlap in the spectral channels.

The vitality of the plants and the potential for crop yield estimation were assessed based on the NDVI values of the rape test field. Although the flight campaign had been delayed due to bad weather in summer 2014 and could only be conducted a few days before harvest, distinct vitality differences could be detected between individual species and between areas with fungicide treatment and untreated areas (Figure 3). Treatment with fungicides leads to a prolonged plant activity up to harvest time. The normalised correlation coefficient between crop yield and NDVI values for treated fields was calculated as 0.78. For untreated fields the coefficient was calculated as 0.35.

To determine the capabilities of the thermoMAP sensor, two campaigns were carried out on 13 March 2015 immediately before and after sunrise. The images were captured with a GSD of 15cm and 30cm. In order to create a DSM of the area using dense image matching, overlapping RGB images were taken with a Canon S110 RGB during the daytime, capturing images with a GSD of 5cm. The data was processed to obtain TIR orthoimages with a GSD of 15cm, a pan-sharpened TIR orthoimage using the RGB imagery for sharpening resulting in a GSD of 5cm, and a DSM overlaid with the TIR orthomosaic resulting in a 3D roofscape (Figure 4). During these first experiments, the thermoMAP showed firmware problems which prevented the conversion of the measured values into surface temperatures. Nevertheless, the data provides valuable information for building-energy experts.

The high-quality measurements, irrespective of lighting, by high-end multispectral sensors, make them suitable for monitoring vegetation over time without a need for laboriously acquiring spectrometer reference data in the field. Low-cost multispectral sensors combined with a high GSD up to the centimetre level are well suited for monitoring in-field variability and for detecting plant diseases in, for example, very expensive specialty crops.

For an overview of thermal, multi- and hyperspectral cameras visit Geo-matching.com.

Stephan Nebiker is professor for photogrammetry, remote sensing and geoinformatics at the Institute of Geomatics Engineering of FHNW University of Applied Sciences Northwestern Switzerland, with a focus on 3D imaging, mobile mapping and UAV-based photogrammetry and remote sensing.

Natalie Lack is a senior researcher at FHNW with a focus on environmental monitoring and UAV remote sensing.

Figure 1, Spectral sensitivities of the Canon S110 NIR normalised with respect to the green band (100%).

Figure 2, Spectral sensitivities of the MultiSPEC 4C normalised with respect to the green band (100%). 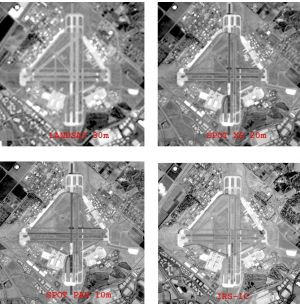