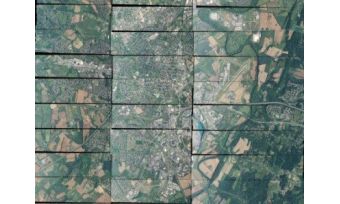 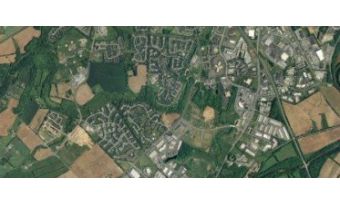 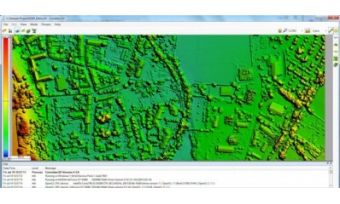 SimActive is a Montreal, Canada-based software company founded in 2003. SimActive specialises in photogrammetry solutions for performing aerial triangulation (AT) and the generation of digital surface models (DSM), digital terrain models (DTM) and orthomosaics. Its Correlator3D software suite was originally developed for medium and large-format sensors, and later adapted for satellite and small-format UAV sensors. With an international distributor network and customers all over the world, SimActive continues to implement innovative solutions that cater to market demands.

The popularity of small and medium-format sensors is growing. Indeed, UAVs present various merits such as a quick turnaround time for small missions where only small areas need to be mapped. While the new buzz word in the geospatial world is 'UAV', there still exists a very large need for large-format cameras. Any large-scale production project, such as that to map cities, counties or other large areas, still – and will continue to – require large-format cameras.

No more than 10 years ago, large-format images used to be in the 50-megapixels range. Now, they are over 250 megapixels. Large-format sensors continue to advance rapidly, improving frame size, radiometry and other image quality aspects. With these advancements of large-format cameras, the software counterpart must keep pace.

These days, image acquisition is not an issue as it can usually be done in 2 to 3 days. The challenge now is what comes after: data production. Images are only as useful as what can be derived from them. Photogrammetry software is needed to create products from the acquired images. These client deliverables can take months to complete and hence pose a significant challenge.

The sheer number of frames and the large size is a momentous challenge. Projects can have over 20,000 images, with each image being over 250 megapixels large, as shown in Figure 1. This represents over 15TB of data. A typical photogrammetry project workflow would include AT, DSM, DTM and orthomosaic creation, followed by quality assurance and manual editing. This is a huge data volume that has a significant impact on the workflow. As such, the workflow needs to be automated and robust.

Naturally, one of the most important challenges is to crunch massive data volumes in a timely and efficient manner without compromising quality.

The market mainly consists of solutions for processing large-format imagery, most having been designed before the first digital large-format

sensor hit production. The core design is made for handling older generation projects with fewer images. This can result in issues with stability and robustness. Older generation software tends to break down when put through current data volumes. Of particular concern is the ability to cope with the aerial triangulation of a significant number of large-format images. This is where most systems simply cannot handle it and fall apart, resulting in a low-resolution DSM/DTM and incorrectly georeferenced orthomosaics. In other cases, the projects are split and run on a block basis multiple times, greatly slowing down production. Mosaicing represents another such stability limitation, whereby projects often need to be split up into smaller regions.

With more images and a larger frame size per image, projects are increasing in size while the processing speed per image is largely the same, hence increasing overall production time. In an attempt to circumvent this, stack or rack solutions were proposed. However, the promise of increased speed was not necessarily achieved. Stack solutions are expensive, require specialised hardware and regular maintenance, and are complex to upgrade or change.

Moreover, traditional solutions often require specialised photogrammetry knowledge to use effectively. Thus, not only are highly qualified people required, but it also takes significant time and investment to train them to use the software. The issue is further emphasised when new personnel come on board or when there is high turnaround of users. In such cases, the time necessary to bring them to a proficient software level is expensive.

SimActive started development of its photogrammetry software, Correlator3D, at the same time as the first digital sensors started to appear and the analogue-to-digital revolution in mapping began. From the outset, the idea was to create a new way of solving the photogrammetry problem, one that looked to the future and evolution of photogrammetry. In that respect, patented algorithms were developed and integrated with the core design aimed at handling current and future challenges. The focus has always been on high-quality results, fast processing speed, ease of use and a high level of automation.

One of the latest innovations is a new aerial triangulation (AT) technique that allows precise exterior orientation values to be derived. The automated process is based on unique algorithms for tie point extraction and advanced minimisation techniques for bundle adjustment. With its current design, provisions were taken to properly handle current challenges such as processing large projects using large frame sizes. Moreover, a special structure was developed for the handling of mosaics called mosaic fragmentation. This innovative design enables processing of an unlimited number of images – multi-terabyte data. A sample mosaic is shown in Figure 2.

To tackle larger projects with ever increasing frame size, the intelligent use of GPUs and multi-core CPUs was introduced providing a significant boost to traditional CPU or ad-hoc GPU solutions. This allows even the highest-density DSMs and DTMs to be produced for a full project within only a couple of days. Figure 3 shows an example of a dense DSM. A further advantage is that only standard PCs are required, as opposed to a rack solution, to maximise performance. Parallelisation with standard PCs is simple, intuitive and scalable. It provides users with the option of inexpensive incremental upgrades as needed, avoids maintenance issues or the use of specialised hardware, and comes in at a manageable cost.

A significant effort went into bringing intelligence into the software, alleviating the need for specialised photogrammetry knowledge. This means the software is accessible to all users regardless of their experience or knowledge level. With simple, self-explanatory windows and modules that naturally flow into one another, an intuitive workflow promotes a high level of automation and robustness by design. Thus, precise geospatial products are generated in an efficient and simple manner.

Even with the rise of small-format cameras such as those used in UAVs, large-format sensors will continue to remain competitive for any large-scale production project. The past decade has shown a trend of increasing pixel counts. The next decade will see advancements in image size and quality. Photogrammetry software needs to keep pace with these advancements and continue to extract maximum potential from the improved image quality of large-format sensors.