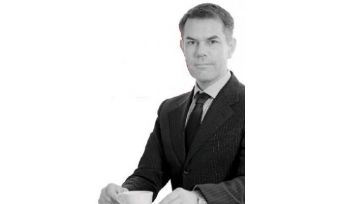 Mass migration from rural areas to cities, population growth and therefore increasing need for oil and gas, but also food, infrastructure like roads and railways: all form a basis for new geospatial industry business. A main future requirement will be continuous provision of precision data. Companies able to deliver this, for example Leica Geosystems, Intergraph, Erdas and Geomax, will be in business, says Ola Rollén, CEO of the Swedish Hexagon Group.

Can you give us a percentage breakdown on all of Hexagon's revenue-earning sections?
Of Hexagon business segments, surveying counts for 24% of total business, some 18% comes from power and energy, 16% from aerospace and defence, 11% from safety and security, 10% from construction, 9% from automotive and 7% from manufacturing.

What is the biggest growth sector for Hexagon?
The biggest growth sector is safety and security. Society is becoming more and more complex. Policymakers want to be able to manage and monitor dangers originating in geographically disaster-prone areas; think of hurricanes or earthquakes, complex infrastructural systems in megalopolises, the influence of climate change, flooding. Intergraph has combined GPS with GIS and this tool gives you perfect real-time insight in case of accidents, for instance in a city, where you can see ambulances all moving in your GIS to the site of the accident. At the same time, you can take into account historical data; is a road blocked, or has it become a footpath? Is there a hospital in the area, etc?

Can you name other growth sectors?
Automotive is growing, especially in China, where middle-class individuals want to drive their own car and there is an increase in transport by freight carriers. Power and energy is growing, due to the same growing craving for energy, be it carbon or electricity. And aerospace and defence is growing, although it is still and will remain one of the smaller parts of our business.

Surveying is still your biggest revenue earner. Will it stay that way in the future?
Difficult to say. Surveying doesn't grow as a standalone segment as much as the aforementioned sectors. But surveying remains an underlying business of course. Growth will most likely take place at a slower pace than in the other sectors, but it will be steady growth.

What are the main drivers behind such growth?
It's the mass immigration to already exploding cities, mainly in Asia, and together with this an ever increasing need for food, infrastructure and energy. Precision agriculture will become more important, as will high-level infrastructural solutions and smart ways of energy providing.

How do you evaluate the economic situation in North America and Europe?
Construction in the United States is still down. American politicians are struggling with a major deficit they need to tackle, and increasing taxes would help them. But the latter is of course not likely. On the bright side, the United States is still growing in population. That is good. In Europe the opposite is true, we are no longer growing and taxes can't be raised, they are already high. Organic growth is not to be expected. But in Europe we still have a lot of high-tech engineering industry which hasn't been outsourced as it has been in the United States. This could be a growth driver for Europe. But whether you are a surveying company in the United States or in Europe, and your business is there, it might well be necessary to rethink your business model and offer new services.

What about the BRIC countries?
It's clear that China has made sure the economic downturn that began in 2009 didn't there turn into a depression like the Great Depression in the thirties. China kept the global economy going, and will continue to do so in the future. Brazil and Russia are very interesting countries, if only considering their craving for energy. Oil & gas and mining are big in both countries.

What are the technical requirements for the future?
The ability to deliver precision data and be able to update that on a regular basis will be key to survival. A good example is, for instance, combining laser-scanning data with a GIS model. We are doing that now for scanning railways; laser scanners underneath the train are making it possible to collect daily renewed data on the state of the railway. Troubles are identified immediately, which is saving money and preventing accidents.

Is this why Hexagon bought Intergraph?
Yes, some of the techniques developed by Intergraph, for instance the combination of GPS (real-time information) with a GIS or CAD model is exciting. There are numerous combinations possible of this technique with our other measurement and positioning tools. It is a very good fit.

What products are you selling to emerging markets?
Labour costs in India are so low that a total-station sold to India need not be automated because there are ten people to operate it. We are adjusting our portfolio to the market we're in. Companies sometimes forget to do that, but it is a misconception to think that the need for all new techniques is the same in emerging markets outside the western world. Of course there are exceptions, although for some projects, think of the high-speed railway in China, they want to use new and state-of-the-art techniques.

Have Google's steps in the field of geo-information ever made you anxious?
‘No. Let's realise we are the first internet generation. If I see my kids using the internet, the way they use it is already completely different to the way I use it. They're scanning Google and then going in-depth. Google is use my way; the real information is a layer under Google. And we should never forget the free advertising that Google has done to awaken general interest in geography, aerial photography and 3D modelling.

Is Google having an impact on the performance of Hexagon or others by stepping into the geo-business?
Business is hard, and the guy with the biggest imagination is going to win. Acting like a sitting duck has never helped a company survive. There are a lot of things we can do better than Google. We have carved out a niche in which they can't succeed and we can: for instance, frequent updating of data of high precision quality. That general interest Google raised in geography I referred to just now caused new commercial interest. That's an effect for the better. We are in symbiosis now, whereas maybe in the first few years there was some competition. All in all, if there's any impact, it's a positive one.

Do you have any particular message for our readers, who are active in most of the fields Hexagon is working in?
The glass is half full, not half empty. Technology is evolving and developing, the market is by no means maturing; on the contrary, lots of opportunities are arising. This might mean reassessing business models, but that's part of doing business. We need to make much more use of the surveyor; the surveyor needs packages to sell new services to the customer.

The Integration of COWI’s Aerial Mapping Business in Hexagon Geosystems