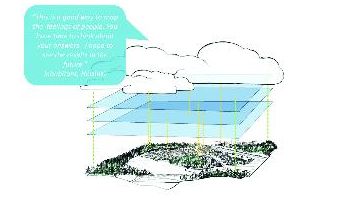 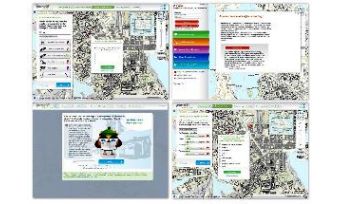 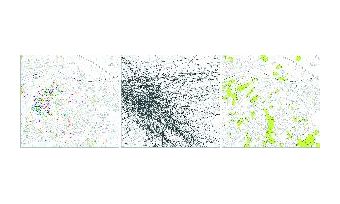 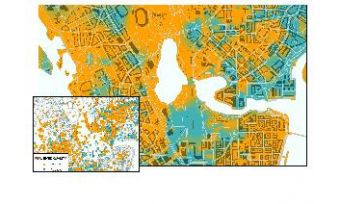 The Finnish innovation SoftGIS refers to a collection of internet-based surveys which allow the locality-based study of human experiences and everyday behaviour. SoftGIS enables the combination of ‘soft’ subjective data with ‘hard’ objective GIS data. Large datasets can be collected for the use of urban planners and other professionals interested in the development of more user-friendly physical settings. SoftGIS received the Technology Innovation Award for Web GIS at the 2011 Geospatial World Forum in Hyderabad, India, and is soon to be applied to urban areas in Japan and Australia.


It has long been the ambition of the first author that the practise of urban planning and design take into consideration the experiences of local inhabitants. If such information could be assigned addresses or geo-coordinates, it could also be connected to actual physical setting, and thus to a particular planning or design solution. This data would render researchers capable of producing much more usable information for urban planners and other professionals with an interest in the development of more user-friendly environments. The ability to simultaneously analyse ‘soft’ experiential GIS data and ‘hard’ register-based GIS data also provides tremendous new research possibilities; soft geo-coded knowledge could comprise an additional layer within a GIS (see Figure 1).

New Roles for GIS
SoftGIS methodology refers not only to a whole set of individual SoftGIS methods, but also to the special collection of theories, concepts and ideas behind their development. It can be seen as an example of new roles for GIS; it should not be thought of as merely a technical tool, but its social impact must also be taken into account.


The first SoftGIS methods were published in 2005, based on open-source technology. After technical difficulties concerning capacity, effectiveness and maintenance of applications, the technological basis of the methodology was developed further. Although the current SoftGIS methods are based on Esri technology, the SoftGIS research team are constantly developing technical solutions and have recently again taken steps towards open-source technology.

Locality-based
Large datasets can be collected via SoftGIS surveys, especially from groups that are difficult to reach with more traditional participatory approaches. Both quantitative and qualitative locality-based data can be collected. Data are available directly in digital form and analysis is performed scientifically, in valid and reliable ways. The methodology is therefore a very welcome addition to existing participatory techniques (e.g. public meetings) in urban planning and many other fields, such as health promotion and tourism.


Various SoftGIS methods have been tested in ten Finnish cities, with promising results. Almost 9,000 Finns participated in the studies. Some of the internet-based SoftGIS surveys were targeted at specific users, such as children and young people, while others focused on a specific theme, like perceived safety or environmental experience (see Figure 2). Most of the projects were, however, targeted at studying the perceived environmental quality of structural characteristics of the settings.


Ethical Issues
When dealing with sensitive data such as that acquired by SoftGIS, established scientific ethical principles have to be followed. Data are generally always aggregated, so that individual respondents cannot be identified. The collected data are stored carefully, and only relevant information is accessible to urban planners. Visualisation requires special care in order to avoid stigmatisation of certain areas. Information concerning the ethical issues and residents’ privacy protection can be found on the SoftGIS web pages.

Place-specific
With the help of GIS techniques, the perceptions of residents can be combined and analysed alongside information concerning the physical structure of a city. For example, parameters such as density, the proportion of green space, connectivity and functional diversity can all be analysed individually by buffering each respondent’s home and examining the urban structure of that sub-area. Place-specific analysis can also be conducted by studying the physical structure of locations important to inhabitants (see Figure 3).


One research theme of these place-based projects has been the study of the social dimensions of urban infill policy; urban densification is currently one of the hottest topics in planning, both in Finland and in many other countries. Our first SoftGIS findings from four small Finnish towns suggested that social outcomes relating to perceived environmental quality were more positive in low-density settings than in more central, inner-city locations.

Urban Happiness
In contrast to these findings, our Urban Happiness study in the Helsinki metropolitan area revealed that the relationship between urban density and the perceived quality of living environment does not appear to be negative or linear; instead, it was found to be curvilinear. Average perceived environmental quality would seem to continue to rise until density level reaches around a hundred housing units per hectare, before falling again. The same general pattern can be seen in both the general estimation of perceived quality of environment and in four separate quality dimensions: appearance, functional possibilities, atmosphere and social life. These findings suggest that the benefits of dense urban structure are valid only until density reaches a critical level. Figure 4 is one example of the visualisation of our rich, experiential SoftGIS data in the city centre of Helsinki.

Child-friendliness
Our parallel studies concerning the child-friendliness of various types of urban environment have also highlighted the positive aspects of urban density. In this case, moderate urban density seems to possess the most child-friendly characteristics. A dense urban structure promotes active (e.g. walking or cycling) journeys to school, increases independent access, and guarantees that locations meaningful to children are only a short distance away. At the same time, the proportion of green space is related to perceived health. The above findings are in line with recent research concerning the health-promoting qualities of urban structure; these suggest that a carefully planned mix of accessible green spaces within a reasonably dense structure might provide the most child-friendly environment.

4P Planning
‘4P’ refers to the public-private-people partnership. The 4P strategy links local government and public landowners (public), developers and private land owners (private) and end-users (people) in the common aim of achieving a good living environment. It is argued that engaging end-users in development processes unleashes previously unseen potential for including consumerist possibilities for cities and developers. The multidisciplinary SoftGIS team, consisting of geographers, IT specialists, architects and behavioural scientists, has worked hard to develop SoftGIS methodology to serve the needs of so-called 4P planning.

Real-life Case
City planners in the medium-sized Finnish city of Vaasa challenged us to realise 4P planning. Our interpretation is that the prevailing participatory methods adopted in Finland, mainly public meetings, surveys and workshops, are very useful during the acceptance and decision-making phase of planning processes. SoftGIS methods, however, have already taken the lead role in implementation and follow-up phases, where the traditional methods are weakest. SoftGIS methods also have the potential to succeed at the beginning of the process, when the demand for a planning project is activated, and in the follow-up phase of preparation of the actual planning proposal.
The SoftGIS service created for Vaasa is a continuously available service, and not simply a temporarily available internet survey. Inhabitants can comment on the perceived quality of their living environment and suggest improvements. An interactive tool for analysing and visualising the SoftGIS data online has been opened for professionals and will soon be available for inhabitants. To root our methodology more deeply in the planning process we are developing online tools for inhabitants to comment on and evaluate ongoing planning competition results, and later the developed master plans. Together these tools comprise a SoftGIS service platform for 4P planning.

Building Bridges
The use of SoftGIS methology will be tested outside Finland for the first time later this year in Victoria, Australia, and early next year in Tokyo, Japan. It is essential to study locality-based person-environment relationships within different contexts in order to obtain a thorough understanding. The shared dream of the SoftGIS team is that SoftGIS methodology will form a bridge between research and practice, between various professionals in the planning process and, above all, between planning practices and inhabitants’ unique experiences of everyday life.