SDI and Public-sector Innovation in Flanders 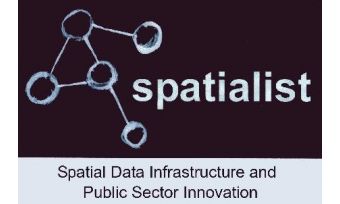 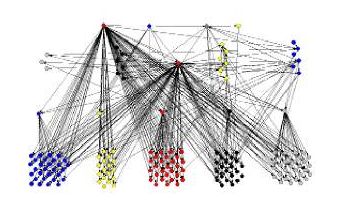 SPATIALIST is a four-research multidisciplinary project funded by the Agency for the Promotion of Innovation by Science and Technology in Flanders and initiated in September 2007 to examine the relationship between SDI and public-sector innovation (Figure 1 shows the project logo). Project partners are the Public Management Institute, Spatial Application Division Leuven, Interdisciplinary Centre for Law & ICT, and Centre for Sociological Research, Katholieke Universiteit Leuven, and MOSI of Vrije Universiteit Brussels. The project will conclude at the end of 2011.


Unique to this research project is that it aims to identify and analyse key aspects affecting the spatial data infrastructure (SDI) in Flanders from multidisciplinary perspectives. Taken thus into account are geomatics, legal, economic, sociological and public administrative aspects. This multidisciplinary approach provides insights into the proportion to which certain aspects contribute in some way to the development of SDI in Flanders.


The project title already declares the focus of research; the relationship between an SDI and public-sector innovation. As data forms a basic resource for government in fulfilling its tasks in a complex society, databases can be considered the backbone of public administrations. Much public-sector data is spatially referenced, so the large-scale roll-out of an SDI is of intrinsically high strategic importance, as is the parallel development and innovation of administrative practices within the public sector. These practices are expected to be affected by the increasing use of spatial data. Public tasks, functions and responsibilities are likely to be reallocated and new forms of responsiveness and accountability emerge within and between various levels of government. In addition, government interfaces with the private sector, the not-for-profit sector and civil society are also likely to change.
On the basis of these developments, the following question needs to be answered: What are the geomatics, legal, economic, sociological and public-administrative requirements for developing a successful spatial data infrastructure? This is the main research question for SPATIALIST.

Empirical Basis
The starting point for this research project was consideration of the concept of SDI as a network, emphasising the dynamic and heterogeneous interactions among numerous stakeholders. Thus SDIs are operated in terms of organisations producing and/or using spatial data within a shared environment, spatial data flowing between them.


SPATIALIST is strongly based on empirical studies of what constitutes the main data collected by surveys and case-studies. In terms of surveys, an online questionnaire was sent to 508 public organisations at different administrative levels, so it was possible to identify and characterise the key spatial data flows among these bodies in Flanders. Figure 1 presents the SDI network in Flanders. Municipalities represented as nodes are located at the bottom of the figure; one administrative level higher come the five provinces of Flanders: Antwerp, Flemish-Brabant, Limburg, East Flanders and West Flanders.  Much data apparently flows from municipalities to the provinces, as visualised by the numerous links between these two levels. The agencies and departments of the Flemish government are presented a level higher still. One important player at this level is the Agency for Geographic Information in Flanders (AGIV), represented by the red node in the middle of this layer. Figure 2 clearly shows the numerous links between AGIV with other public organisations at various administrative levels. Finally, federal agencies and departments are at the top, important organisations at this level being the Cadastre and National Geographic Institute.


From the surveys it also appeared that the strengths of the current SDI in Flanders were the broad supply of spatial data, centralised data provision by AGIV, and relative ease of access to data. However, its main weaknesses were poor data actualisation, lack of coordination, and limited human capacity.

Case-studies
Four cases were selected for study: (1) spatial zoning planning, (2) flood planning, (3) address management, and (4) traffic accidents registration. In the context of SPATIALIST, a case is defined as a business process between and within public organisations in Flanders in which spatial data is accessed, used and exchanged. In network terms, it is a chain within the network consisting of a series of connected links between nodes. About six public organisations were selected, each as embedded case within each case. The selection of the (embedded) cases was based on expected variations regarding the disciplinary key elements. The case-study data were mainly collected by multiple in-depth interviews in each embedded case. Besides the various disciplinary analyses, different disciplinary approaches are combined in interdisciplinary analyses. The examination of different combinations of causally relevant aspects could lead to the identification of distinct ‘recipes’ for developing spatially-enabled business processes.

Valorisation
In order to increase valorisation of the research results, SPATIALIST is organising annual general assemblies on geographic information policies in Flanders, entitled ‘Vlaanderen Geoland’ and targeting decision-makers and practitioners who manage spatial data. During these events the key research results are presented, along with practices justifying the results. SPATIALIST wants in this way to contribute to the implementation of a successful SDI in Flanders. Strategy documents, workshop presentations and publication in professional journals are other important means of increasing valorisation.


By the end of this year, 2011, it is hoped an answer will have been found to the main research question formulated above. It is very likely this will include generic issues valid not only for SDI stakeholders in Flanders. So we will try to keep you informed about our research by publishing further articles in GIM International.

How Is FIG Dealing with the Coronavirus Crisis?

Opening up Opportunities Previously out of Reach