Strengthening Capacity: Geospatial Technologies in the Land of a Thousand Hills - 22/01/2016 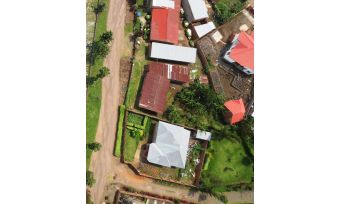 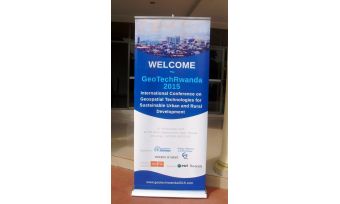 The University of Twente (UT), The Netherlands, has collaborated with the University of Rwanda (UR) on a project called ‘Strengthening the Capacity of Geo-Information and Earth Observation Sciences at the University of Rwanda, for the sustainable environmental and socio-economic development of Rwanda’. The achievements of the project were highlighted at the recent International Conference on Geospatial Technologies for Sustainable Urban and Rural Development, which was held in Rwanda - 'the land of a thousand hills'.

By Paul van Asperen, Ministry of Infrastructure and Environment, The Netherlands

The International Conference on Geospatial Technologies for Sustainable Urban and Rural Development, held from 18-20 November 2015 in Rwanda’s capital, Kigali, attracted over 125 participants. Many were from the East African region, but attendees also came from The Netherlands, Asia and North and South America. Four keynote speeches and over 40 papers were presented.

Rwanda – known as ‘the land of a thousand hills’ – has made enormous progress in land administration, which was one of the main themes of the conference. In 2008, the government of Rwanda initiated systematic registration of all privately held land. This was an implementation of the Land Policy of 2004 followed by the Organic Land Law of 2005, which was amended in the New Land Law of 2013. Through this Land Tenure Regularisation (LTR) programme, all 10.4 million parcels were registered between 2009 and 2014, at an average cost of USD8 per parcel. The registration and its maintenance was decentralised to 30 District Land Bureaus. The logistics of this exercise included employing 5,000 people for demarcation, and printing 30,000 certificates daily. As a result of the LTR Rwanda’s ranking on the World Bank’s ‘Doing Business’ benchmark for registering property improved from 60 in 2008 to number 12 in 2015. The programme improved the position of women in terms of property rights and improved tenure security. Some challenges remain, however, including high transfer fees (USD40) and small average agricultural plot sizes (0.6ha).

Another main theme of the conference was urban and rural planning relating to high rates of urbanisation, high population densities (415 people per km2), Rwanda’s hilly topography, food security, etc. Although 71.2% of the population live in rural areas, the rate of urbanisation is high (6.4%). It is estimated that 62.5% of the residents of Kigali live in informal settlements, where services are gradually being improved. Geospatial technologies are being applied to provide detailed and up-to-date spatial information. Low-cost unmanned aerial systems (UASs) have been piloted in Kigali and have provided highly accurate data relating to buildings, roads, land use, drainage and other essential information (Figure 1). Although the local population did not generally perceive the use of UASs as a problem, residents expressed concerns about forced displacement and expropriation.

The government of Rwanda aims to increase the annual growth of agriculture from 4.9% to at least 8.5% by 2020 and also intends the nation to be a middle-income country by then. The country is proving to be a fast learner and a quick implementer; Rwanda not only ‘copied’ the policies from neighbouring Tanzania but also implemented them. The government’s aims are likely to be achieved through smart use of geoinformation and related systems and applications.

The Nuffic-funded project called ‘Strengthening the Capacity of Geo-Information and Earth Observation Sciences at the University of Rwanda, for the sustainable environmental and socio-economic development of Rwanda’ is a joint effort of the University of Rwanda (UR) and the University of Twente in The Netherlands. Over the years, the UR-UT partnership has produced more than 30 MSc graduates and five PhD graduates. Furthermore, as a result of the collaboration, UT currently has over 150 alumni from Rwanda.

Welcome to the Working (from home) Week