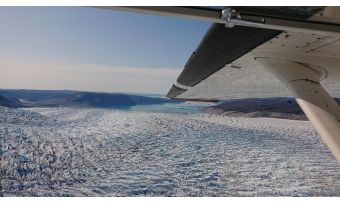 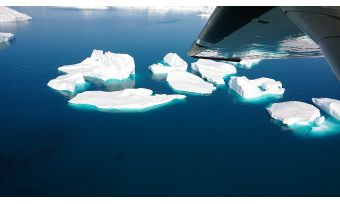 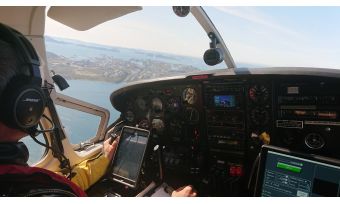 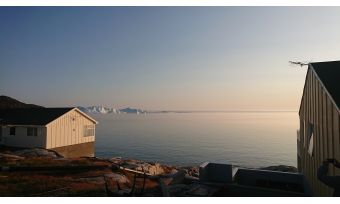 The acquisition of precise geodata is a high priority in Greenland, the world’s biggest island and a place of great diversity. There, geodata is considered vital to support almost all aspects of community activities and also for the future development of the autonomous territory within the kingdom of Denmark. This article provides insight into an aerial acquisition mission made all the more challenging by Greenland’s unique Arctic location.

In the summer of 2019, ASIAQ Greenland Survey commissioned the engineering company Niras to acquire Lidar data and photographic imagery of the five largest cities in Greenland: Nuuk, Sisimiut, Ilulissat, Qaqortoq and Aasiaat. The northernmost of the five – the city of Ilulissat – is situated 350km north of the Arctic Circle. The Danish company called Airborne LiDAR Mapping A/S was assigned the task of data acquisition.

For the mission to be a success, certain requirements needed to be meet. These included completing data acquisition over a city in a single day with a maximum allowable snow cover of 20%. Additionally, the angle of the sun had to be at least 30 degrees to the horizon during all collection operations, atmospheric and meteorological conditions between the aircraft and ground had to be free of cloud, fog and precipitation, the point density had to be at least six points per square metre in order to produce high-density point clouds, the vertical accuracy had to be better than 3cm and the ground sample distance (GSD) had to be 5cm.

The actual areas to be scanned were relatively small: 80km2 at Nuuk, 21km2 at Sisimiut, 10km2 at Aasiaat, 24km2 at Ilulissat and 11km2 at Qaqortoq, amounting to 146km2 in total. Nevertheless, the mission requirements combined with the Arctic climate, the remote location and the sheer size of Greenland necessitated careful planning – in terms of both the data acquisition method and the logistics of transporting the aircraft used. For the acquisition of data, the equipment chosen was the RIEGL 480i airborne scanner, an Applanix 510 IMU and two Hasselblad a6 100c cameras.

The stability of the airborne platform was also important, which ultimately resulted in the Cessna C337 Skymaster being chosen. The Cessna 337 is a multi-engine aircraft built in a push-pull configuration, which offers different handling from conventional multi-engine aircraft. The aircraft is inherently stable and the centreline thrust configuration means it does not experience yaw if an engine should fail. In line with the current regulations for operating an aircraft in Greenland, it was necessary to obtain and carry a large amount of safety-related items, including flares, red signal cartridges, a flag/sheet, mirror, emergency locator transmitter, compass, knife, matches, string and cooking stove, and waterproof sleeping bags and a roofed dinghy for every person on board. The C337 chosen for the mission also featured de-icing/anti-icing equipment and long-range fuel tanks, which further increased safety.

Mobilization and Start of the Mission

On 23 July 2019, the Cessna 337 departed for Greenland from the Swedish airport of Sturup, making rest and fuel stops at Sumburgh in the Shetland Islands and Reykjavik in Iceland. The team arrived in Greenland on 24 July, landing at Kulusuk International Airport on the east coast. Kulusuk Airport, which shares its name with the nearby hamlet of Kulusuk with roughly 300 inhabitants, was built by the USA in 1956 as part of the Distant Early Warning Line.

From Kulusuk, the team proceeded to the first city to be scanned: Qaqortoq. However, because Qaqortoq (like many cities in Greenland) only has a helipad rather than a runway, the airport of Narsarsuaq – approximately 30 nautical miles away – was a suitable base for the first phase of the mission. After performing the scan with no complications, the team proceeded north to Nuuk on 25 July. Unfortunately, the weather had changed by then, with low cloud, scattered rain showers and isolated fog making airborne Lidar data acquisition impossible. The mission was therefore put on hold and the team forced to wait until conditions became more favourable again a week later. The mission could finally be resumed on 2 August, and data was acquired of the city of Nuuk – one of the largest areas of the mission – in a scan which took approximately three hours to finish. After Nuuk, the next scan was performed in Sisimiut and the team then flew on to Ilulissat – home to the Ilulissat Icefjord, which was added to the Unesco World Heritage List in 2004.

Upon arrival in Ilulissat, progress was yet again delayed by cloudy, wet and foggy weather conditions, and the survey of the city could not be flown until 5 August. Then, entering the final stage of the mission, the team relocated from Ilulissat to the final city of the survey: Aasiaat. Despite an initially unfavourable forecast, the weather suddenly cleared in the afternoon of 9 August. The team swiftly mobilized and the C337 successfully became airborne with everyone and everything on board just before the local airport closed at 15:00. Having surveyed Aasiaat without any further complications, the team had completed the data acquisition part of the mission, resulting in 3TB of raw data in total.

Since the airport at Aasiaat was closed, the team flew south to Kangerlussuaq Airport for an overnight stay before heading back to Denmark. On 10 August, having spent the better part of three weeks in Greenland, it was time to depart from Kangerlussuaq and make the approximately 1,400km trip to Reykjavik in Iceland.

The global navigation satellite system (GNSS) and inertial measurement unit (IMU) data was processed using the Applanix MMS software. For this, the base data was derived through local and existing base stations. The trajectory of the Lidar data was merged in RiProcess and RiPrecision, which was used to calibrate the data. The captured raw images were first processed in Photoshop to ensure uniform intensity, lighting and colour. The picture triangulation was subsequently done in Agisoft Metashape and Trimble Match AT, whereas the further processing continued in the uSmart suite. The photographic data was used for orthophoto production and photogrammetric updating of ASIAQ’s base map, and the Lidar data was used for creating new digital surface models (DSMs) and updating existing ones.

Information is quickly becoming one of the most important commodities in the 21st century, and ongoing technological advancement is bringing new ways of handling and sharing geographic information. Gathering Lidar data and photographic imagery in Greenland was a challenging, exciting and important mission. For the island of Greenland to continue to evolve at the same pace as the increasingly digitalized modern world, well-defined and accurate geodata is crucial. In this carefully planned project, the right equipment and specialists were instrumental in producing the data that will help to support effective decision-making about Greenland’s future development.