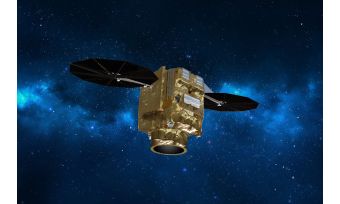 Swedish Space Corporation (SSC) and Airbus Defence and Space have signed a contract for SSC ground segment support services to the new Pléiades Neo constellation of very-high-resolution Earth Observation satellites. The contract marks an important step in the long-term partnership between SSC and Airbus, and extends the capabilities of both companies. The first two very-high-resolution Pléiades Neo satellites will be launched in mid-2020, followed by a second pair in 2022.

The new satellites will join the existing Airbus constellation of optical and radar satellites, and will offer enhanced performance and the highest reactivity in the market.

SSC will provide comprehensive ground segment support for the Launch and Early Orbit Phase (LEOP), as well as routine on-orbit support for Telemetry, Tracking and Control (TT&C) and data reception. The core SSC ground network for Pléiades Neo will consist of the unique dual polar ground station solution of Kiruna, Sweden and Inuvik, Canada ­– often referred to as “Kinuvik” as it is operated as a virtual single polar station. The partnership also includes an option to provide potentially higher data volumes at a later stage, using the southern hemisphere station of Punta Arenas, Chile.

The optimized and highly resilient SSC ground network provides effective tasking and downloading of large data volumes more than once every orbit, enabling rapid delivery of Pléiades Neo data from anywhere on Earth.

The ground network has been designed by SSC and Airbus to complement Airbus’ Direct Receiving Stations (DRS) as well as the Airbus SpaceDataHighway relay satellite system, while being flexible to adapt to changing seasonal needs and to give critical network diversity.

“The Pléiades Neo constellation will be adding two million km² per day at 30cm resolution to Airbus’ imagery offering. As tasking and downloading will be possible in every orbit, up to 60 times a day for the constellation, we need to rely on very efficient commercial polar communication services”, says François Lombard, Head of Intelligence Business at Airbus Defence and Space.

“Pléiades Neo is a cutting edge very high-resolution Earth Observation constellation, and this represents a huge milestone in the close cooperation between Airbus and SSC. We are proud to be able to support Airbus in providing such critical optical imagery for the global marketplace”, says Stefan Gardefjord, CEO at SSC.