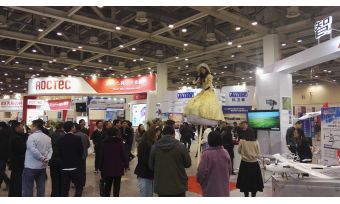 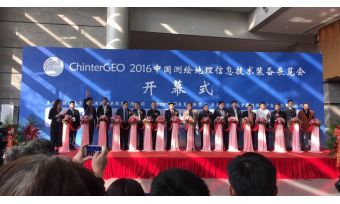 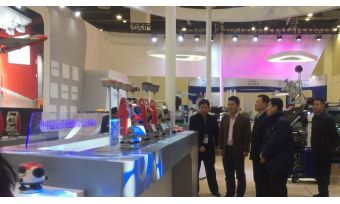 Marking 20 years of continuity linked to the Chinese and overseas communities of surveying, mapping and geoinformation equipment, the 20th ChinterGEO conference was held from 24-26 November 2016 at the Suzhou International Expo Center in China. The well-organised event facilitated various forms of interaction, including an exhibition, new product releases and announcements as well as high-end forums. A total of 340 exhibitors including manufacturers, solution providers, distributors and vendors as well as media companies showcased their latest products, solutions and services within the 20,000-square-metre exhibition area. The event was attended by close to 26,000 geomatics professionals.

The exhibitor base comprised not only the large Chinese enterprises from the geospatial industry, but also small and medium-size companies such as manufacturers of accessories. In addition, several international suppliers of Lidar, unmanned aerial vehicles (UAVs), synthetic aperture radar (SAR) and other emerging technologies exhibited at the trade fair to showcase their technologies and capabilities and to launch new products. Furthermore, various media organisations including Geomares, the publisher of GIM International, were present. In terms of visitors, the event attracted thousands of distributors, dealers and vendors as well as professional end users, all of whom were keen to receive an update on the very latest technologies and learn from one another.

The ChinterGEO main forum started on the morning of 25 November and was moderated by Mr Liang Chen, CEO of RedChina Geosystems Group. Speakers at the forum included representatives from the GNSS & LBS Association of China, The China Association for Geographic Information Society, and the International Society for Photogrammetry and Remote Sensing (ISPRS). The five keynote speakers were Mr Chao Ma (president of South Survey Group, on ‘How to transfer from sales of surveying equipment to providing geo-service’), Mr Haihui Huang (vice president of Beijing Unistrong, on ‘Creating a win-win geospatial ecological system’), Mr George Zhao (president of Huace, on ‘Applications of highly accurate BeiDou products’), Mr Yongquan Wang (president of Comnav, on ‘Pioneering new applications of BeiDou products in the professional market’) and Mr Hans Ni (president of Beijing iSpatial, on ‘From Intergeo to ChinterGEO’).

On the afternoon of 25 November, five sub-forums including laser scanning and BIM, UAV photogrammetry, BeiDou applications, structure monitoring and indoor positioning were held in parallel sessions and organised by South Survey Group, RedChina Geosystems Group, ComNav Technology, Beijing iSpatial and Beijing Outsmating Roctec Technology respectively. A total of 30 experts presented details of the latest technologies and trends in specialised markets, which gave audiences a broader perspective on the industry.

Nearly 500 guests, including manufacturers, dealers and forum speakers, attended a wonderful banquet on the evening of 25 November. The evening featured traditional performances, an award ceremony and various other forms of entertainment, creating a relaxed and informal environment in which to discuss industry developments and forge new relationships.