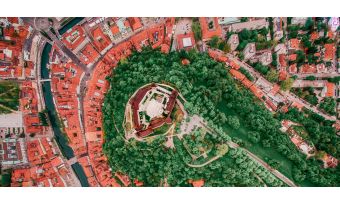 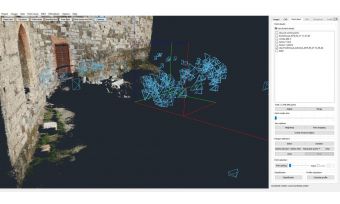 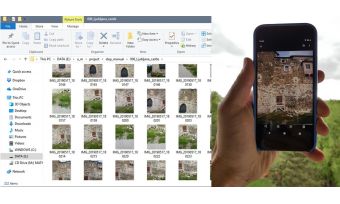 The renovation of Ljubljana Castle – a key landmark of the capital of Slovenia – has been an ongoing project since the 1960s. The latest renovation occurred at the castle’s wine cellar and its outer patio. A 3D model of the patio was made and further used for the visualization of patio. Recently, the castle’s outer wall and terrain was surveyed with a terrestrial laser scanner (TLS). To compare results, a point cloud using 3Dsurvey was computed.

As this part of the castle is not suitable for aerial images, ground photos were taken with a Google smartphone, at different vertical angles, with at least a 70% horizontal and vertical overlap. To reach a point cloud completeness, images had to be taken from different angles as the wall is in the shape of the letter L.

All 205 images were taken with a focal length of 5mm. For comparison, laser scanned point cloud was used for the extraction of ground control points (GCPs). Suitable wall details as well as the porthole were used for sparse point cloud orientation. The surveying crew achieved spatial accuracy better than 12mm.

3Dsurvey CAD tools were used to outline the cellar’s doors and doorstep. A 3D model was georeferenced to point the cloud’s location using exported CAD lines. The main goal of this task was to provide a background for the patio visualization and for this reason, the 3D model was converted to a point cloud.

The castle’s point cloud was displayed together with the one made for the patio. As point clouds were of high density, they could be used as a realistic background for visualization purposes.

For a complete overview of the project, visit 3Dsurvey’s showcase page. 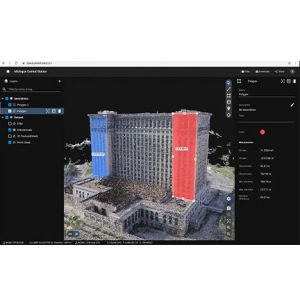 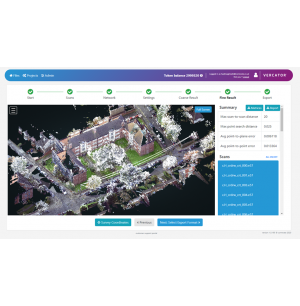 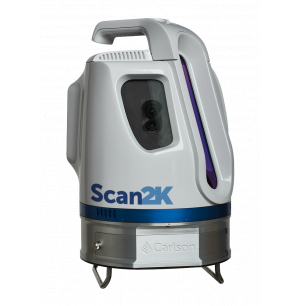