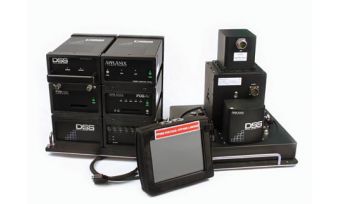 RapidOrtho 2.0 is a software enhancement for Applanix\' Digital Sensor System (DSS). DSS RapidOrtho is a complete airborne digital imaging system for first responders and geospatial professionals who need to deliver rapid, highly-accurate ortho-rectified imagery without time-consuming and expensive ground surveys. The system is used for rapid response for emergency mapping operations, change detection and more; it has even been adopted as a productivity tool for commercial mapping projects.

Images can be developed and ortho-rectified as much as three times faster than the previous version. For example, images from the DSS 439 (39 megapixel) camera can be delivered in as little as 12 seconds per orthophoto, using a standard quad-core desktop computer. This means a typical mapping mission of 3 hours flight time can be taken to full orthophoto product in as little as three hours after landing.