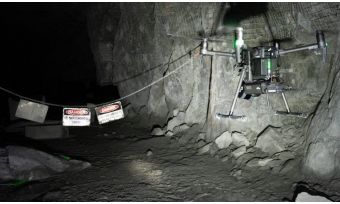 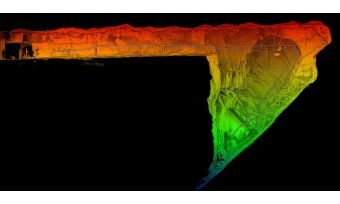 Emesent has announced a major breakthrough in the journey to fully autonomous flight systems, with the launch of Autonomy Level 2 (AL2) technology for Hovermap, a plug-and-play payload for industrial drones that provides autonomous beyond line of sight, GPS-denied flight.

Andrew Rouse, CTO at PYBAR Mining Services, said: "AL2 is a game-changer for us. It takes Hovermap into places that even the most experienced pilots would fear to venture, enabling us to obtain critical data in real-time without risking the machine. We’re already seeing great benefits to our workflow and operational efficiency from using the new technology."

Moving to AL2 means the drone can self-navigate and avoid obstacles beyond line of sight, while being operated from take-off to landing from a safe distance. The system processes data on-board in real-time to stream a 3D map of the environment back to the operator’s tablet, providing instant and detailed insights into the surrounding area, as well as any potential hazards. The entire mission from take-off to landing is conducted by interacting with the live view 3D map, allowing stopes to be mapped with just a few taps.

AL2 is currently compatible with a number of DJI Enterprise drones including the new DJI Matrice 300 RTK. Emesent has worked closely with DJI to ensure close compatibility and integration of autonomous functionality such as AL2 with the UAV’s flight controls. Further compatibility with other drone models is planned following the launch.

It is the next step towards the vision of fully autonomous drones in challenging GPS-denied environments that will eventually see drone missions executed at the press of a button, without any assistance from an operator.

Dr Stefan Hrabar, CEO and co-founder of Emesent, said: “This is a huge step forward for drone autonomy and a massive benefit to industries like mining, civil construction, and emergency response. With the intelligence to navigate environments without a prior map, customers can use the system to carry out complex missions, secure the safety of personnel, and drive greater efficiency in their operations.”

Automation Level 2 for Hovermap from Emesent on Vimeo.