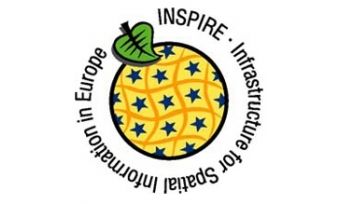 The European Commission, Directorate-General Environment, is inviting comments on the implementation of the Infrastructure for Spatial Information in the European Community (INSPIRE) Directive (2007/2/EC). The consultation is being held seven years after the Directive came into force to assess whether actions being taken to establish a spatial information infrastructure are still on course to meet the Directive’s objectives.

Views are sought from stakeholders including INSPIRE national contact points, regional and local public authorities who produce or use spatial data and services, the academic sector, the private sector and European citizens.

High-quality information and informed public participation are the cornerstones of knowledge-based policy delivery. Environmental data often need to be joined up with other types of geographical data to deliver policy-relevant information such as land-use and cover, administrative boundaries, transport networks, government utilities, and area management and reporting zones. Geophysical data on meteorology, geology and soil are also applicable in the environment policy context together with socio-economic data including population density and waste statistics.

The questionnaire covers issues such as user or producer experiences of spatial data and services; the use of EU, national and regional geo-portals as gateways to spatial data and services; co-ordination efforts by the EU and national governments to implement INSPIRE; and evaluation of its cost-efficiency. Other questions relate to the major challenges, benefits and drawbacks of INSPIRE and its positive or negative effects on environmental and other policies such as eGovernment.

The results will contribute to the required interim-policy evaluation of the INSPIRE Directive, which will be reported to the European Parliament and European Council in 2014. The review will lead to possible corrective policy actions to adapt current approaches to align better with a changing environment.

The consultation questionnaire can be found here.

For further info: Public consultation on the Implementation of the Infrastructure for Spatial Information in the European Community (INSPIRE) Directive (2007/2/EC)

Update on the GSDI Capacity-building Programme