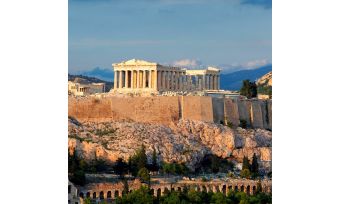 A year ago GIM International took the opportunity to interview the general director of the Greek Cadastre, Akis Markatos. Earlier in 2014, work had started on the completion of the cadastral registration in Greece. More than 60 percent of the territory still had to be surveyed, and the project was destined to be completed by 2020. The IT infrastructure had been set up, new laws passed, 28 survey projects tendered, and a new board and management were in place at the National Cadastre and Mapping Agency. Now, one year later, not much seems to have changed and there are still many challenges to overcome. Read the interview from June 2014, which is still current today, and realise how important a well-functioning Greek Cadastre is in finding a way out of the Greek government’s debt crisis.

What is the current cadastral situation in Greece?

In a country in such great need of a well-functioning property market, fair property taxation and more investment in real estate and infrastructural projects, the importance of having effective property registration is obvious. Greece covers an area of 132,000 square kilometres and is home to 11 million people. But despite considerable effort and many millions of euros invested by both the state and the European Union, only 40 percent of the territory is currently covered in the national cadastre. That accounts for approximately 60 percent of the country’s property rights. In the remaining part, a very 'heterogeneous' property system does exist but it is far from adequate. There is no certainty that private property is administered correctly, and coastal and forest zones and public property are not registered at all.

There have been numerous pilot schemes since 1996 but most of these merely resulted in high monitoring expenses, errors and delays. The results have improved in recent years, but candidate contractors for the survey work have frustrated many tenders by going to court (300 cases) to contest competition instead of forming consortia. A new cadastre law (2013) has simplified procedures and cut red tape. 126 older survey projects are now being implemented and 28 new ones were tendered in October 2013.

Yes, new management has been in place at the NCMA S.A. (National Cadastre and Mapping Agency) since August 2013, and a new board of directors was installed in March. With our staff of 365 people, we are willing to move mountains to complete the national cadastral survey. The NCMA is neither a private nor a public organisation, but was instituted as a legal entity of private law in order to operate according to the rules of private finance. The sole shareholder of the company is the Greek Ministry of Environment, Energy and Climate Change. This legal form was chosen in order to give NCMA flexibility and a government guarantee. However, due to the recent restrictions imposed on all government bodies, the initially intended flexibility and autonomy has been considerably limited. But I don’t expect that to frustrate our efforts to achieve the 2020 deadline.

What will be the total initial cost of the Hellenic cadastre?

The total cost of the project was estimated at EUR1.5 billion. Our assessment is that the current cadastral survey tenders will be around 25 to 30 percent cheaper than the previous ones. In other words, we expect the remaining budget of circa EUR1.1 billion will be used to an extent of less than EUR800 million in the end.

It's not all publicly funded. An owner pays EUR35 per registered deed and – in the new projects – 1 per mille over the value of the property. For this, a new feature will be added in our systems in the next semester which will enable all transaction prices to be recorded in the cadastral database.

Will the structural effects go far beyond the cadastre registration?

Yes. The process of developing the cadastre has brought to the surface many administrative problems that have plagued Greece for the last 200 years. The state can now resolve these problems, which mostly involve the extent of state property, the illegal development of certain areas, and the lack of authoritative information on a series of administrative data layers. Furthermore, in the areas where a cadastre has been developed, the Greek state now has a reliable data source for the first time enabling it to make documented decisions about the country’s development. And future investors now have a clear view of the extent and the boundaries of properties.

There will also be a growing effect on the state income through property tax. A link is currently being built between the cadastral database and the taxation database in order to develop a more comprehensive and fair taxation system.

It is very important to note that this process is creating 12,000 new jobs for engineers, lawyers and IT specialists. A new IT infrastructure has been set up using EU budget for the digital conversion of Greece. For instance, the Hellenic Positioning System (HEPOS) is in place with accuracy of 2 to 4cm. And we now have a data infrastructure for the management of all spatial and non-spatial data to support all the organisation’s projects. Important internet services have been developed, targeted at citizens as well as the contractors of the cadastral surveys. We also have unified national base maps.

What kind of base maps?

Colour digital orthophoto maps with a pixel size of 20cm have been produced for the major urban areas, and digital orthophoto maps with a pixel size of 50cm for the entire country. These are the main base maps of our cadastre with the same geometric features as a common map. An orthophoto map can be supplemented with any kind of mapping information: road networks, real-estate properties, etc. Property owners can easily identify the location of their property during the cadastral survey procedure using an orthophoto map thanks to it having a familiar appearance. The spin-off is a free 'orthoimagery viewing service' on our website that is used very frequently by citizens and companies alike. Building data is collected during the cadastral registration procedure in order to assist in the identification of properties. But I must admit: due to a lack of adequate legislation, there’s no way to keep this information updated. A legislative regulation is currently being drafted to resolve this issue.

Can you outline the role of that orthoimagery in the total procedure?

The cadastral projects are carried out as joint ventures between professional surveyors and lawyers. Before the declarations of ownership are submitted, the cadastral contractor has to produce a preliminary cadastral map, identifying all visible boundaries and sketching out land parcels. You have to realise: apart from the mainland, 20% of the country is comprised of 6,000 smaller islands, of which 127 are inhabited by more than 100 people. To determine the geographical position of each building/parcel, the orthoimagery maps are used in conjunction with surface topographical measurements. The outcome of the procedure is checked against well-accepted ISO standards in terms of accuracy and precision.

The owners then have to submit a photocopy of their passport and a declaration of their property rights. They must attach photocopies of the deeds that substantiate this and any topographic diagrams they may have depicting the properties declared. The owners also have to verify the location and the boundaries of the property on the preliminary cadastral digital diagrams. This procedure can be carried out either in the local cadastral survey office or through a free online service. After the collected information has been processed, the results are made public so that citizens themselves can verify, confirm and correct any errors in the official cadastral data. The success of this procedure however, depends on the citizens’ own contributions. Properties that are not registered, for whatever reason, and are hence listed as 'owner unknown', become property of the Hellenic State after a period of maximum 7 years.

In the end, the contractor delivers all the data for input into our Esri GIS in line with the international standards for exchange of geographical information. Cadastral applications are built around Parcel Identification Numbers. Our data model, along with our GIS, is both parcel-oriented and property-oriented.

And can you tell me about the update?

The update of the cadastral database is permanent; 162 of our people are involved. By law, every cadastral deed is required to be registered in the system before the ownership status of a property can be changed on the deed. Furthermore, any mutation of land parcels must be requested based on a detailed topographic plan produced by a surveyor. The deed is only registered when all the preconditions are met. The 'Cadastral Sheet' – i.e. the map – and the alphabetical index of beneficiaries of the property are updated, and the deed and supporting documents are filed away.

124 people are working on the initial data gathering and processing for the cadastral survey, coast mapping and forest mapping programmes. If all goes according to plan, professional users will have online access to the land-data registers by 2016. Until then, they can either request a certificate of the registration or examine the cadastral database from the computers in the competent Cadastral Office. We have a new, efficient network of 12 cadastral offices. Last but not least: the average age of our employees is just 39, and 73% of them have a university education. I think our organisation is well prepared to do the job at hand.

Akis Markatos, who has been general director of the NCMA since August 2013, is based in Athens, Greece. After studying and working at the University of Athens and the University College of London, he became an experienced telecoms & investments executive and member of the board of directors in many start-up companies in the ICT sector. He has published various books and articles on techno-economic and lifecycle cost studies, risk-assessments and investment strategies, mainly in the areas of telecoms networks, services and industrial applications. His background fits the high level of information technology that is involved in a modern cadastre.