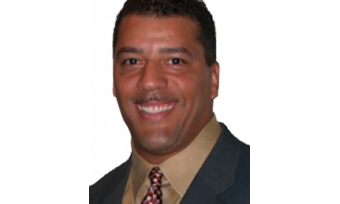 The latest keynote speaker to be added to the 15th Global Spatial Data Infrastructure World Conference (GSDI 15) is Ivan DeLoatch, executive director of the Federal Geographic Data Committee Secretariat (FGDC) in the USA. DeLoatch will be speaking on the topic of “A Spatial Framework for Governance and Policy Development - Advancing Place-Based Understanding for a connected world through the US National Spatial Data Infrastructure.”

The FGDC leads and supports the National Spatial Data Infrastructure Strategy and spatial data policy development in the United States. The FGDC also coordinates with international organisations having an interest in spatial data infrastructures. DeLoatch has over thirty years of experience in environmental and geospatial program policy in many sectors. He has served in many leadership roles on interagency and international committees addressing geospatial and earth observation technical and policy issues in the use of geospatial data and information. He studied at Bowie State University in the University of Maryland System.

FGDC were founding members of the GSDI Association in 2004 and have been strong supporters over the intervening years, especially in the GSDI Small Grants Program.

GSDI 2015 will be held from 29 November to 2 December in Taipei, Taiwan. For more information see here.