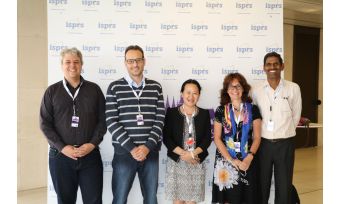 A new ISPRS Council was elected during the General Assembly that took place at the ISPRS Congress in Prague. Christian Heipke will succeed Chen Jun as ISPRS President. More importantly, the structure of the ISPRS Commissions has now been established: instead of the previous 8 Commissions, there are now 5 Commissions so as to better represent the current state of knowledge in the field.