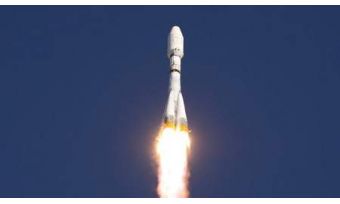 Russia's GLONASS satellite navigation system has been upgraded to a precision of up to 5 metres after the successful launch of the 24th GLONASS satellite on 3rd October 2011. The GLONASS-M blasted off the Plesetsk spaceport at 00:15 Moscow time, carried by the Soyuz spacecraft with the assistance of the Frigate upper-stage rocket. The launch marked a turning point bringing the number of GLONASS satellites to a complete set, as planned by the designers.

Previous versions of GLONASS had an accuracy within 50 metres.

Satellite navigation is bound to become part and parcel of a developed country's infrastructure fairly soon. For this reason, GLONASS is much sought-after in Russia and abroad. The only 100%-developed navigation system, the American GPS, has a number of drawbacks, not operating well enough at northern latitudes and not operating at all over the North Pole. Given that 45% of Russia's territory lies beyond the polar circle, GLONASS is vital for Russia.

According to Voice of Russia,  many countries consider GLONASS as an alternative to the GPS. Belarus, India, Kazakhstan and Canada have signed agreements on using GLONASS. The EU has prepared a draft treaty to this effect. Latin American and Arab countries have been showing interest too. Experts say, however, that GPS and GLONASS are not rivals but supplement one another. Russia's GLONASS is expected to hit 1-metre accuracy in three years.