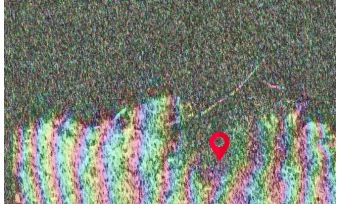 On Tuesday 4 August, at approximately 18:00 local time, a terrible accident occurred in the main port in Beirut, Lebanon. A large explosion caused by a stockpile of over 2,700 tonnes of ammonium nitrate resulted in more than 200 deaths, and thousands of people injured. Synthetic-aperture radar imagery is an important tool for visualizing and detecting the damage.

While watching the news at home in Ottawa, Canada, Kevin Jones of PCI Geomatics immediately turned his attention to the potential use of earth observation and derived information to assist with recovery efforts. Mapping the extent of the damage is increasingly possible given the ubiquitous availability of imagery and tools to quickly generate information products. One of the most reliable sources of open data is Sentinel-1, which is made available as repeat pass images every six days (in addition to SAR being an all weather, day/night imaging capability). A search through the ESA SciHub revealed that a new image had been collected only a few hours after the explosion. The imagery was downloaded and, using visual inspection, the location and extent of the damaged area became quickly apparent.

Geomatica was used to ingest only the portion of the Sentinel-1 images that covered the area of interest, which made the processing efficient and rapid. Both datasets were ingested (VV/VH channels, SLC format). The processing steps needed to perform quantitative change detection were quite straightforward, and are listed below:

The chosen technique (CCDPHASE) provides a rapid assessment of the change areas and can be easily applied to repeat pass SLC SAR images. Areas in light purple highlight damaged areas, where absolute changes in backscatter were measured to be greater than 24 dB, or above the 95th percentile.

SAR imagery is increasingly available through Sentinel-1, RCM and other missions including Iceye, Capella and many more. Implementing automated tools that can leverage this data and generate information products in a reliable and repeatable manner is the focus of many of our activities at PCI Geomatics. Access to imagery on the cloud, processing tools and full automation makes it possible to derive value from the imagery and open access to many more end users.

Our thoughts are with the victims and those who are affected in Beirut and around the world. 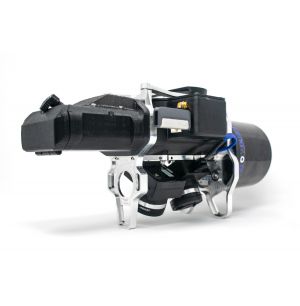