Software based on the Scalable Algorithm (SCALGO) technology can handle larger terrain datasets on a normal desktop than most current software, thus eliminating the need for accuracy-decreasing data thinning. The use of these mathematical and algorithmic techniques also means that the software works demonstrably efficiently on all input datasets, delivering a completely specified output without the use of cumbersome work-flows such as those introduced by data tiling.

The technology is based on more than two decades of basic and applied research on I/O-efficient and geometric algorithms at Center for Massive Data Algorithmics (MADALGO) at Aarhus University in Denmark and at Duke University in the US, in collaboration with industry Lidar and environmental GIS application experts.

The SCALGO software portfolio includes software packages SCALGO Model and SCALGO Hydrology, which have successfully been used to process terrain datasets with more than 50 billion data elements on a normal desktop computer. SCALGO Model can be used to construct raster and TIN terrain models from massive terrain points (such as Lidar), as well as to simplify massive raster terrain models in a fully specified and user-controlled way.

SCALGO Hydrology can be used to perform basic hydrological modeling on massive raster terrain models, including computing flow accumulation, watersheds, bluespots (maximal depressions) and the effect of rising sea-level. Visualisation of the results of using the SCALGO hydrology software on a massive and almost global terrain model to assess the risk of flooding are available on the SCALGO website. 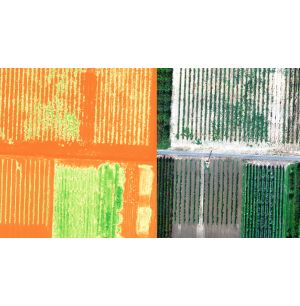